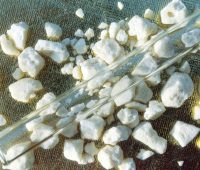 A cocaine overdose (OD) depends on a few factors: