How Long Does Heroin Stay In Your System? | Detox Plus UK 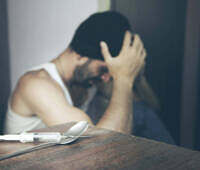 Heroin is considered the most addictive substance that we know of. It’s a very powerful, intensely addictive drug that poses a number of risks and threats to the user.

Getting off of heroin can be a very difficult thing to do. It’s also host to a lot of complications with other drugs and prescriptions that a person might be taking. For that reason, it’s a good idea to know how long heroin lasts in your system so that you can avoid any health difficulties.

We’re going to take a look at the “how long does heroin stay in your system” question, giving you some insight that could keep you safe.

Factors That Affect How Long Heroin Stays in the System

This question is a complicated one, as the body is a collection of systems.

That said, the implications of heroin contents in your hair are a lot different from those that come when it’s in your blood. So, we’re going to take a look at some of the various ways that heroin use impacts your body, not just the “system” in general.

This will get you a comprehensive look at the detoxification process.

How Long Does Heroin Stay in Your Brain?

In terms of the effect, heroin can be summed up in three stages. First, you might feel a little uneasy or nauseous for a minute or so. Then, you’ll experience a dopamine rush that causes a sense of euphoria.

That euphoria is the addictive part of heroin, and it’s the reason that it’s so difficult to stop. That lasts for thirty minutes or so, depending on the user. Finally, there’s a period of a couple of hours or more when the user is sleepy, dazed, and generally subdued by the drug.

When heroin is active in the system, it’s active in the brain. Most drugs take about 5 half-lives to work themselves out of the active process. The heroin half-life is difficult to judge because every person’s body handles it differently.

When we use heroin, it is altered into different substances within the body. Heroin metabolizes into morphine and 6-acetyl morphine. Morphine’s half-life can be anywhere from 1 to 6 hours.

So, the answer is 1 to 6 hours, multiplied by 5. That’s a pretty vague answer, but it gives you a ballpark approximation of the time it takes for heroin to get out of your brain. Because of the fast half-life, heroin gets out of your system faster than it takes to get opiates out of your system in most cases.

How Long Does Heroin Show Up on A Blood Test?

Blood tests are uncommon ways to detect heroin in the body. This is because heroin’s half-life allows it to work through the blood in a relatively short amount of time.

In a lot of cases, the heroin is worked out of the blood before 24 hours passes, and few drug tests are given that close to the time of use. That said, trace amounts of heroin could still be in the blood for a day or so after that point, so it’s unwise to mix medications or use other drugs for a few days after using heroin.

How Long Does Heroin Show Up in Urine

How long does heroin last in urine? Roughly the same amount of time that it lasts in the blood. This is why urine tests aren’t used as often in the process of testing for heroin.

There might be a little extra time that heroin lasts in urine compared to blood, though. You can expect it to be detectable for about 48 hours or so, whereas blood gets heroin out a little quicker.

How Long Does Heroin Last in Hair?

Heroin is present in hair much longer than it is in the rest of the body. On average, heroin can be present in a person’s hair for around three months after use.

This is why hair testing is the most common way to detect heroin. If a person has been using heroin for a long time, however, they’re prone to have a lot longer period where the heroin could be detected in their hair.

How Long Does Heroin Last in Saliva?

Saliva tests are an effective way to test for heroin, and they’re quick so there’s an incentive to use saliva tests in instances when a person may have used recently.

That said, saliva tests are only effective when a person has used heroin in the last day or so.

So, while heroin runs through the person’s body and minds pretty quickly in comparison to some other drugs, it can linger around in certain areas. It’s important to note that heroin in your hair won’t produce any psychological or physical effects for you to deal with.

That said, having it present in your body can offer legal complications or different punishments depending on your circumstances. Further, it’s important to take the figures listed above with a grain of salt

Those numbers were approximations based on “average” people who use heroin. In reality, your tolerance, size, age, and health will all impact the rate at which heroin is eliminated from the body.

If you’re ever in a situation where you’re thinking about using other drugs after heroin, whether they’re medications or otherwise, make sure that you give yourself a number of days to ensure that there aren’t complications.

Heroin is deadly, and complications can come about from very small amounts in a person’s blood or body.

Want to Learn More about Heroin?

So, how long is heroin detectable in the body? It depends on who you are, how much you’ve used, and what part of the system you’re referring to. Generally speaking, though, it takes a few days for everything to get worked out.

There’s a lot more to learn if you want to be informed on the risks of heroin, though. We’re here to help. Explore our site for more insight into heroin treatment, recovery, risks, addiction, and much more.