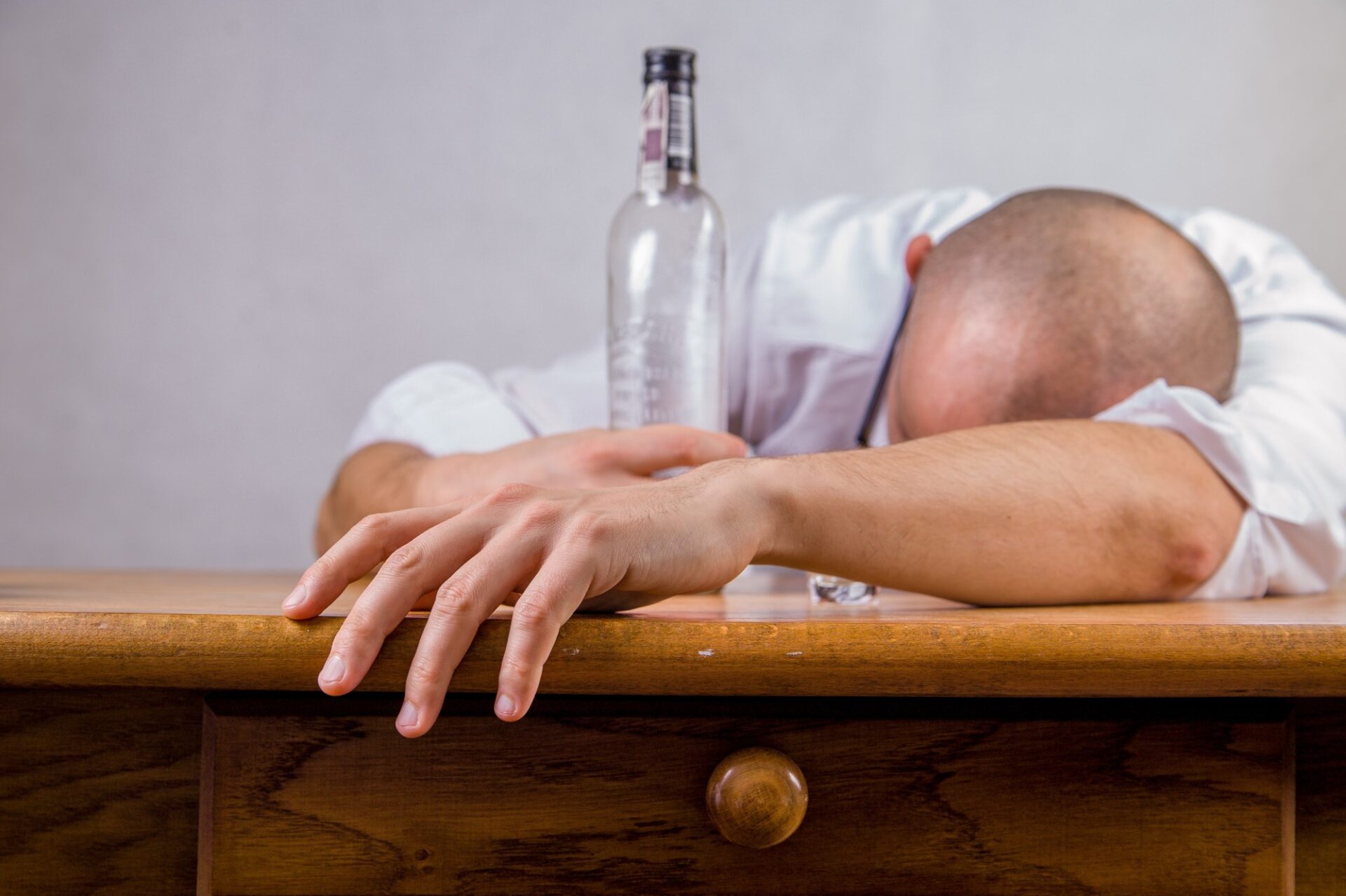 In this article, we’ll discuss everything you need to know about alcohol poisoning so you can take swift action when required. With this knowledge, you can potentially save someone’s life and maybe even your own.

What Is Alcohol Poisoning?

As you may have already guessed, alcohol poisoning is when you drink so much alcohol that your liver has significant issues keeping up. It’s also called alcohol overdose, just like an overdose of any other illicit drug. This mostly happens when you consume a large quantity of alcohol in a relatively short period of time.

Scientifically speaking, this is when you’ve drunk an amount of alcohol that puts your blood alcohol level at a poisonous level. This can happen to anyone of any gender, age, or size.

What Quantities Can Lead to Alcohol Poisoning?

Of course, everyone’s biological makeup is different. You might be able to have 2 beers in 1 hour and feel fine, while your friend is slurring their words with that amount.

What is binge drinking exactly? For men, this is 5 or more drinks in 2 hours. For women, this amount is reduced to 4.

If you drink more than 5 drinks in 2 hours, that is considered binge drinking. And as a result, this can lead to alcohol poisoning.

How Long Does Alcohol Poisoning Last?

Unfortunately, there’s no simple answer to this question. This is because just like with the previous question, it depends on your biological makeup.

Personal factors that affect how long alcohol poisoning lasts for someone include their age, weight, metabolism, sex, level of alcohol tolerance, and any medications you’re on. Outside factors include the type of alcohol consumed, how quickly it was drunk, and if you ate beforehand.

The thing is, your Blood Alcohol Concentration (BAC)can still rise, even if you haven’t touched a drink in a while. It can continue to do so for up to 40 minutes. So if you start feeling sick and stop drinking, you might feel more ill in the next hour.

Who Is at Risk for Alcohol Poisoning?

Everyone is at risk for alcohol poisoning, especially if they participate in binge drinking quite often. However, some factors can put you at a higher or lower risk.

For those who are on the smaller and leaner side, they’ll be more susceptible to alcohol poisoning. This is because they have less fat to absorb the alcohol.

Also, regular/problem drinkers have a somewhat higher risk. Their tolerance is higher, which means they need more alcohol before they feel intoxicated. This can cause them to drink higher quantities in shorter periods of time.

Lastly, if you’re in poor health, you’ll be more at risk for alcohol poisoning, especially if you don’t have a fully functioning liver. When your body can’t process alcohol as effectively, you’ll get alcohol poisoning more easily.

Signs and Symptoms of Alcohol Poisoning

Here are some of the most common alcohol poisoning symptoms:

Keep an eye out for these behaviours, as they can indicate imminent danger. In extreme cases, they may become unresponsive, have seizures, and even become comatose. This can lead to brain damage and death.

Other physical symptoms a person might have are an irregular heartbeat and a heart attack. Some may get an alcohol poisoning rash too.

As you can see, these are severe symptoms that need immediate attention.

What Does Alcohol Do to Your Body?

First of all, whatever you eat or drink gets processed by your body. 2 things happen: nutrients are pulled out, and toxins are filtered out.

Your liver is the main organ that’s responsible for the latter. This means it has a considerable job to handle; it essentially has to be “on” 24/7 to make sure you don’t die of poisoning from any substance.

Yes, we do drink alcohol and don’t die from it (usually), but the truth is, it’s technically a poison. So no matter if you drink 1 beer or a whole bottle of vodka at once, your liver needs to work hard to filter those toxins out.

The Dangers of Alcohol

You presumably already remember how horrible it can feel the day after a night out. You awake with a dreadful headache, feeling squeamish and shaky, and you most probably waste the rest of the day trying to recover and feel good again.

This is because not only is alcohol a toxic substance, but it’s also a diuretic. This means it causes you to become dehydrated quicker, especially if you don’t remember to drink plenty of water.

These are just the short-term dangers as well. If you keep up with drinking over a long period of time, your risk for certain diseases (such as throat and liver cancer) increase significantly.

Not to mention these are just the physiological dangers as well.

When you drink, your inhibitions are lowered, and your judgement is impaired. You might end up doing things you’d usually never do. For example, you might partake in drugs you’ve never touched before or have unprotected sex with multiple strangers.

All of the above can put your health in great danger.

Many people who have alcohol poisoning end up have blackouts. What are these?

Blackouts are precisely what they sound like; it’s where you ingest so much alcohol that you have amnesia. For some, they remember bits and pieces of the night while others completely forget everything.

The latter happens because your body is so incapacitated that your brain actually can’t make any new memories. So it’s not that you’ve made them and forgot; you never made them in the first place.

If you’re not the person in question, it can be difficult to tell if someone’s blacking out. They can act normally, such as walk, talk, and perform other actions. You won’t know until later if they were blacked out or not.

What to Do When Someone Has Alcohol Poisoning 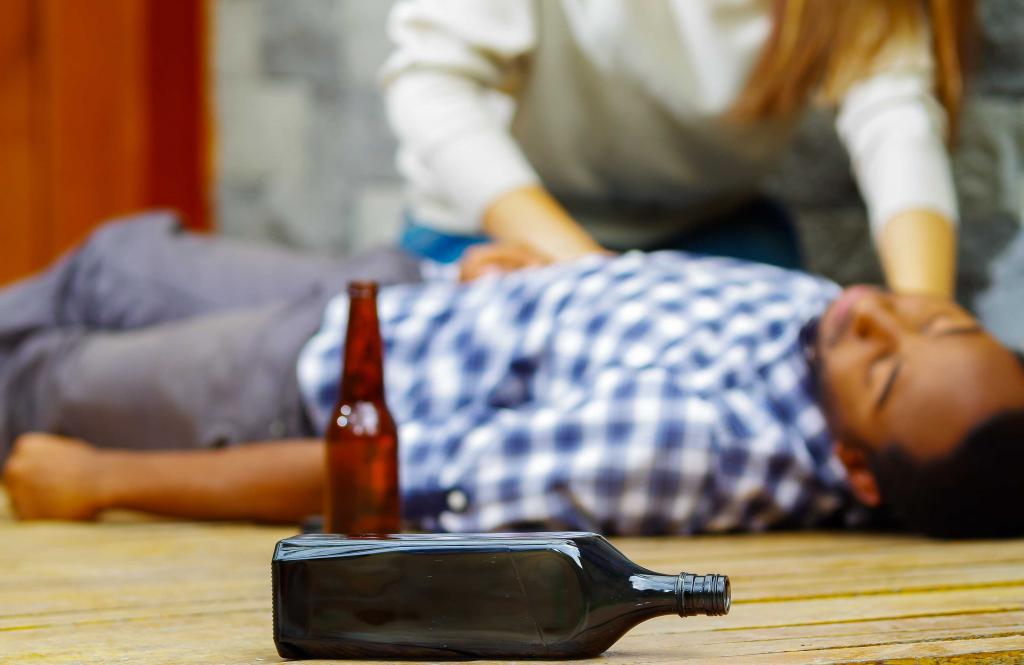 One mistake people make when someone has alcohol poisoning is to try to fix it themselves. They may try to get the affected person to sit up, talk, drink water, etc.

However, you should know that alcohol poisoning always has the potential to be fatal. It can also cause significant injury to the brain, which can have its own set of consequences.

The best way to help someone who has alcohol poisoning is to call 999 straight away. That way, medical professionals can quickly arrive on the scene and take the affected person to the hospital where they can get proper treatment.

While you’re waiting for the ambulance to arrive, make sure the person sits up straight and stays awake. Never leave them alone, as anything can happen in a split second.

For alcohol poisoning treatment, medical professionals may try various things, depending on how bad it is. For example, if the person isn’t able to breathe on their own, a windpipe might be inserted to help with that issue.

And if they’re severely dehydrated, then an IV drip might be given. This can deliver fluids, glucose, and vitamins.

In severe cases, a stomach pump might be used. That way, it can quickly rid the body of all alcohol, so the liver doesn’t have to work overtime as much.

Although alcohol is a legal “drug,” it’s quite a dangerous one. As you can see from the above sections, you can drink to the point where it’s highly dangerous and even lethal.

And for some people, it’s very easy to cross the line from a few drinks to full-out binge drinking. This is especially true if they have a substance abuse problem.

If you feel like you or a loved one has an alcohol abuse problem, then you might want to go to rehab. Read on to find out what entails the whole experience.

Before you can start on rehab, you need to first rid your body of alcohol. If you’ve been heavily drinking for an extended period of time, it can actually be dangerous to go cold turkey on your own. This is why it’s highly recommended you seek professional detox services to help you stop drinking.

Your first option is to go to alcohol detox at a rehab centre. Here, you’ll go through medical alcohol detox where medical professionals prescribe you a detox medication to take throughout a number of days. Not only will this help you be alcohol-free, but it’ll also help to curb cravings and get you through detox more safely and comfortably.

If you aren’t able to go to a rehab centre for detox, you can also opt for at-home alcohol detox treatment. A doctor will come to your house to give you the same services but in the comfort of your own home. Not only is this more convenient, but it’s also a lot quicker and more anonymous.

After detox comes rehabilitation, in alcohol rehab, you’ll work with several professionals to help you manage your addiction.

For example, you’ll work with therapists to see what drives you to drink, both the root causes and triggers. Then, they’ll teach you ways to deal with these feelings without having to pick up alcoholic beverages.

You’ll also attend group meetings, so you have a strong support group. Other benefits of rehab include nutrition classes, art therapy, music therapy, yoga, and meditation.

You can choose to go to either inpatient or outpatient treatment. Inpatient is highly recommended, as you’ll be there 24/7 and away from any harmful environments and influences. It gives you a much higher chance of success.

You know what they say: addiction is a lifelong disease. When you’re done with rehab and are transitioning back into a healthy life, addiction can be a particularly difficult battle to have.

For this, you should attend aftercare. Here, you’ll benefit from much of the same things as in rehabs, such as counselling, alternative therapies, and more. However, you’ll be carrying on your normal life in most of your time.

In most aftercare programmes, you’ll have the support of other people who have stopped drinking and are also going through the same phase of life. You may make friends who you can rely on for the rest of your life. They’ll probably end up playing an essential role in helping you stay sober, and you’ll probably do the same for them.

Get on the Path to Sobriety

Now you know all about alcohol poisoning, including who’s at risk, the signs and symptoms, and more. You also now know what rehabilitation entails; maybe it’s not as bad as you thought it was.

In any case, it’s always a good idea to get some professional help with your substance abuse problems. By working with experienced staff members, you’ll be able to get on the path to sobriety and get a second chance as a better life.

Would you like to hear more about rehab? Then get in touch with us. We’ll give you free guidance as to what’s the next best step you can take.

The Link Between Sleep Deprivation And Drug & Alcohol Addiction