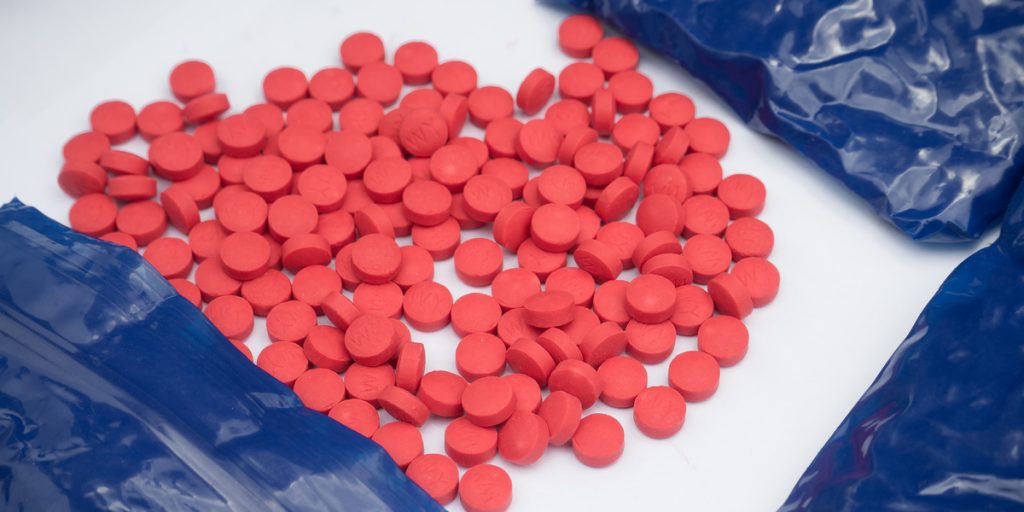 Utilised for its medicinal properties today, but when used for recreation and enjoyment rather than to treat a medical condition and in a large amount, Amphetamine drugs can have dangerous devastating consequences.

One of the most widely used and talked about drugs in the country, amphetamines affect millions of lives across the UK. It is commonly known by its street name `speed` or `uppers`, rising to prominence in the party scene in the 1990s and the noughties taken mostly at raves and all-night parties.

10% of adults in England and Wales aged between 16 and 60 have taken the drug at some time in their life. It has seen amphetamine earn the unfortunate distinction of being the fourth most widespread illegal drug. Methamphetamine has reportedly been designated the second most popular illicit drug internationally, second to cannabis.

Amphetamine is a central nervous system stimulant that is often used to treat ADHD  and narcolepsy or disorders that affect the control of sleep and alertness. Amphetamines drugs are also employed in treating obesity, as they have been a significant ingredient in diet pills, preventing a feeling of hungry. It generally contains around 5% amphetamine sulphate if consumed as a street drug, while base speed can be at least ten times more powerful.

The drug can be taken in many ways. Generally denoted a Class B drug. However, if you prepare the substance to be injected, it becomes a Class A.

The drug is usually produced as a white, pink or yellow coloured powder, often cut with various substances. It may be available in pill form or a paste. It can also be wrapped in tiny pieces of paper called wraps. They can also be taken orally in a cigarette paper, called bombing, and being snorted. It is also not unheard of to drink the substance.

The drug can affect people in different ways. Depending on your mood, personality, where you are, who you are with, and how much you have taken.

How long does amphetamine stay in your system?

Amphetamines can be detected in the hair for up to 90 days, urine for up to four days, in the saliva for 24 to 48 hours and in the blood for four to six hours.

Users generally consume amphetamine drugs as it makes them exceedingly happy, up, alert, full of energy, wide awake and capable of being excited. They may experience a heightened feeling of euphoria and creativity and an increased sexual desire.  Users can go for long periods without sleep, which is partly why the drug has impacted the party and club scene. Revellers often take the drug, so they can keep dancing for hours. However, many do not realise they may be putting their health or even their lives on the line. They may not be aware of the possible side effects of taking the drug.

Speed may make you energised, but it can also make a person feel agitated and show signs of aggression. Bringing on a rise in body temperature, heart rate, blood pressure and can affect your breathing.

Long-term use leads to:

On the comedown, when the drug wears off, you feel run down, sluggish and tired. It can also make you depressed and, if you have taken high doses, you could suffer from what is called ‘Amphetamine psychosis’. It can result in feelings of paranoia, irritability, restlessness and erratic behaviour.

It is not uncommon for users to experience excessive sweating, respiratory problems, confusion, auditory and visual hallucinations, tremors, and nausea. These may indicate mild levels of toxicity which can be treated by stopping taking the drug for a while, drinking lots of water and getting some rest.

However, a high-level overdose of amphetamine drugs can lead to unpleasant side effects such as vomiting, abdominal cramps, panic attacks, and a general circulation failure. In extreme cases, overdosing can cause muscular convulsion and induce coma, ultimately resulting in death.

Based on studies of self-reported illicit stimulant use, 5–35% of college students use ADHD stimulants,  principally for enhancing academic performance rather than recreational drugs. However, high amphetamine doses above the medicinal range can interfere with working memory and different features of cognitive control.

Amphetamine is also used by some athletes for its psychological and athletic performance-enhancing outcomes, such as prolonged endurance and alertness. However, amphetamine can cause effects that seriously diminish the performance at high doses, such as rapid muscle breakdown and raised body temperature.

Treating amphetamine abuse and addiction can be challenging because of the changes in brain structure that occur with chronic use. The sometimes severe depression and loss of pleasure that occur when the drug is stopped can be a major obstacle to avoiding relapse.

Nevertheless, therapies that help people understand and adjust their behaviours based on drug use triggers can contribute to the individuals being able to get and stay on the path to recovery. These therapies include:

By working with a reputable treatment program, individuals who have struggled with amphetamine abuse or addiction have a greater chance of moving forward in recovery and starting a future free from amphetamine abuse.

Detox Plus UK deliver expert addiction treatment and rehabilitation. To find out how we can help you to get your life back on track, call us today on 02072052734