What Is Fentanyl, Signs of Addiction Detox Plus UK 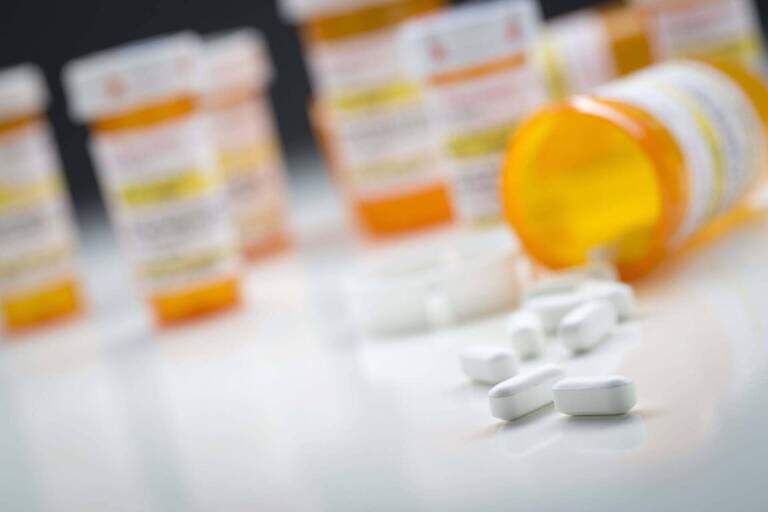 Fentanyl is a drug that’s making a lot of waves in the news. There’s been a spike in fentanyl-related deaths, and the fear surrounding this substance is starting to spread. For good reason, too, as fentanyl is incredibly harmful to human health unless it’s carefully dosed and delivered.

We’re going to take a look at fentanyl abuse today, looking at what this drug is and how to spot the key fentanyl addiction signs.

Hopefully, the ideas below can give you a better sense of what you’re dealing with and how you can best help yourself or a friend who’s suffering from addiction. Let’s get started.

The Basics of Fentanyl

Fentanyl falls into a class of drugs known as opioids. These drugs are classified as such because they act upon the opioid receptors in the body.

Those receptors deal with our sensations of pain and pleasure. That’s why most prescription opioids are prescribed to deal with some sort of issue with pain. The effect is significant, considering that these drugs are able to numb even the most severe instances of pain, such as the aftermath of surgery or chronic illness.

Common opioids include heroin, morphine, and oxycodone. Those drugs are known to be very powerful, addictive, and lethal. Heroin overdose, for example, is something that’s not too difficult to achieve if a person isn’t careful with their dosages.

Morphine is almost as powerful, but it’s a less common street drug, so it’s rarer to see overdoses. The scary thing is that fentanyl is orders of magnitude stronger than morphine and heroin.

Fentanyl is often referred to as an animal tranquillizer, and this name is actually an accurate one. Veterinarians do use fentanyl in some instances to numb the pain of large animals, but they do so by using very small amounts of the substance.

In the case of humans, there are a few prescription drugs that include fentanyl to treat pain. It’s also used in hospitals to treat massive amounts of pain under the supervision of nurses and doctors. Any time that doctors use fentanyl to treat pain, though, they use dosages that are far too small and precise for an average person to replicate.

Their medication is created with a high degree of specificity. Drugs are made with the close attention of a well-trained professional as well as a lot of very sophisticated technology. The stakes are very high in the case of fentanyl because small mistakes could cause an overdose.

A human being doesn’t need very much fentanyl to achieve overdose. In fact, the toxic amount of this substance looks something like around two grains of salt. This happens to be why the drug is so commonly found in other drugs. 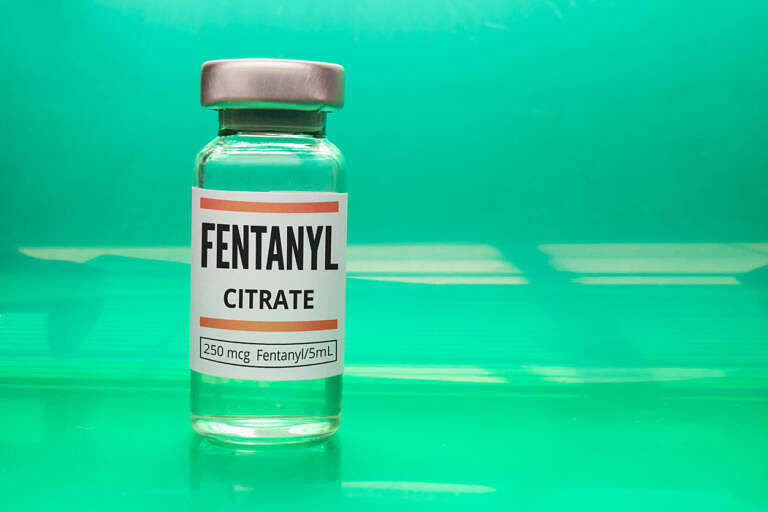 Why Is It So Common?

You might have heard that many street drugs are “cut” with fentanyl. This means that the original drug isn’t pure, but actually contains a set of other substances as well. This tends to happen when dealers want to stretch their product out and get more money for their original investment.

If you were to put a whole lot of salt into a bag of sugar, for example, you could make it look like you had more sugar.

The same principle applies here, just in terms of the experience that the drug produces. People put fentanyl into their drugs to make the drug seem more powerful.

Remember, a microscopic amount of fentanyl can impact the human system in a very serious way. It doesn’t take much to produce an effect, so drug dealers can spike their original drugs with fentanyl to produce far stronger effects without much of an investment.

If it seems like it’s a powerful product, the idea is that it can be sold for higher amounts and more people will be interested in buying it. The difficult thing is that those who spike their illegal drugs with fentanyl aren’t doing so in a medical lab.

They can’t be as precise with their dosages, and odds are that they don’t have a solid idea of what they’re dealing with. So, the rate of overdose has skyrocketed as fentanyl entered the bloodstream of modern opioid use.

Can You Abuse Fentanyl By Itself?

Most of the overdoses we see occur through the presence of fentanyl in other substances. You don’t hear a lot about the abuse of fentanyl by itself, though.

That said, it’s very possible to get addicted to fentanyl on its own. In those cases, the person would have access to the prescription version of fentanyl that’s produced in dosages that don’t overwhelm the human body.

What you get is an extremely powerful painkiller that might out shadow even the strongest dose of oxycodone or morphine. The individual’s opioid receptors will go insane, produce mammoth amounts of dopamine, and kickstart the cycle of abuse and withdrawal in no time.

Most people who are prescribed this drug are recovering from significant surgery. Note that the pain of surgery is one of the most intense sources of pain that a person can have, so something that numbs that pain has to contain a formidable effect.

As the individual uses fentanyl to treat the pain of surgery, they might develop a dependence. This is the case for most people who find themselves addicted to fentanyl, specifically.

Others might get a dependence through the presence of fentanyl in heroin or other drugs. If a dealer regularly gives out a drug containing fentanyl, the user might acquire a dependence on that particular drug without knowing it.

Those who are prescribed fentanyl tend to be monitored closely by doctors throughout the entire process. Professionals do their best to ensure that the person isn’t using painkillers for a long enough period of time to become addicted. 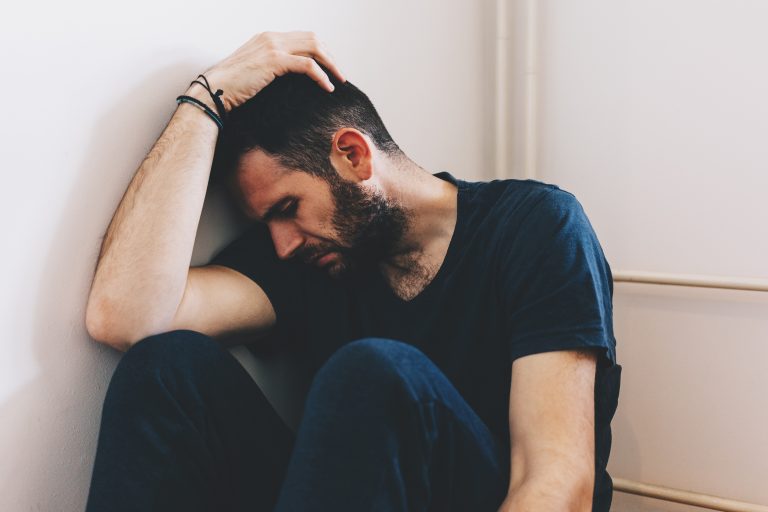 The first thing to note in most cases of drug abuse is a distinct shift in the person’s personality. They start to behave differently. This occurs in a multitude of ways as a result of different drugs of choice combining with unique personalities.

That said, you might notice a distinct difference, even if you can’t put your finger on it. “Personality,” here, refers to not just the way the person emotes and expresses themselves. It refers to the way they manage their lives, their priorities, their mood, and the effort they put into various areas in their lives.

It can be hard to put a finger on why someone has changed or what is changing about them, but close friends and family tend to have a sense that there’s something different.

An individual in the grips of a difficult addiction will find that the drug takes priority. Regardless of your set of priorities before your drug abuse, addiction will creep its way to the top of the stack.

The shift starts small, though, and it can be hard to notice. Maybe, your friend used to pick your daughter up from school on Tuesdays. They’d also meet you and some friends for dinner every Thursday.

At first, they start calling out from those obligations every couple of weeks. They’ve been reliable for the past few years, so you assume they must just be busy at work or with some personal situation.

Then, the responsibility becomes very infrequent. They don’t show up to pick your daughter up from school and they don’t even call.

It’s not as if a person gets addicted to drugs and just throws everything out the window right away. The process takes a while to set in, and odds are that they’re trying to uphold the best semblance of their former life that they can.

You will notice, though, that the things they prioritize start to rearrange and fall away as the drug abuse gets more severe.

As things progress, the individual might become more solitary. This happens for a number of reasons. First, they can’t use their drug of choice in the presence of others because their friends and family would disapprove of what they’re doing.

Secrecy is important if their goal is to keep using fentanyl. Further, they might have a lot of shame wrapped up in their predicament. It doesn’t feel good to abuse opioids, and their life might start to unravel in a way that they’re not proud to admit.

Over time, these things will build a barrier of shame and anxiety. Different aspects of mental illness might set in, distrust for others could come as well, and the individual may start to isolate.

If you’re reaching out to someone and you get the sense that they’re avoiding social interaction, this should be a red flag. Your friend who was once sociable and outgoing is now reserved for no apparent reason. It’s not a surefire sign that they’re addicted to drugs, but it’s certainly enough to prompt a few questions.

One key sign that a person is physically dependent on a drug is the presence of withdrawals. When we put a powerful substance into the body, the body starts to adjust to it and operate in a way that accommodates that substance.

When that substance is removed from the system, the body craves it as though it were important to survival. Further, the absence of pain-numbing substances reveals the actual state of the addicted person’s body. Things are suffering because of the abuse of these drugs.

Fentanyl and other opioids take a significant toll on a person’s internal organs. The pain of that damage is masked by the drugs themselves, but the reality is a very significant amount of pain.

Beyond that, it’s excruciating to experience the body working out all of the toxins that build up through opiate abuse. The combination of all of these effects produces a situation that’s almost intolerable for any person.

Opioid withdrawals are so significant that they could cause a person to die. The body goes into a state that’s very vulnerable.

The central nervous system is thrown into a very difficult situation, and the effects pile up. Oftentimes, this is too much for the body to handle.

Because opioid withdrawals are so severe, it’s very important that people go through the detoxification process under the supervision of professionals. If they don’t, there’s a good chance that they will have severe health complications.

Further, treatment centres offer a measure of comfort that’s impossible to find outside of recovery. There are medications that help with the experience of opioid withdrawal. It’s also helpful to recover in a comfortable environment where the individual won’t be tempted or disturbed.

Note that the experience of withdrawal and detox is a wretched one. All the while, you’ll know that a single hit of the drug you were abusing would reduce those symptoms down to nothing.

That’s a bargain that’s pretty hard to refuse if you’re in the comfort of your own home. That said, as your tolerance diminishes, your body will be more prone to overdose. You’ll also be in a unique state of mind as the toxins leave your body.

You might not be in the best position to measure out a dose, especially of fentanyl. The result is often a mistake that leads to overdose. Working with a treatment facility can get you clean and sober and reduce the chance of any health complications.

There’s a lot more to learn about the fentanyl addiction signs. It’s important to know as much as you can about fentanyl abuse, the fentanyl high, and other fentanyl effects so that you can spot abuse in others.

We’re here to help you. Contact us for more insight into recovery options, fentanyl statistics, fentanyl overdose, symptoms of fentanyl addiction, and much more.