Heroin Addiction - What You Need To Know - Detox Plus UK 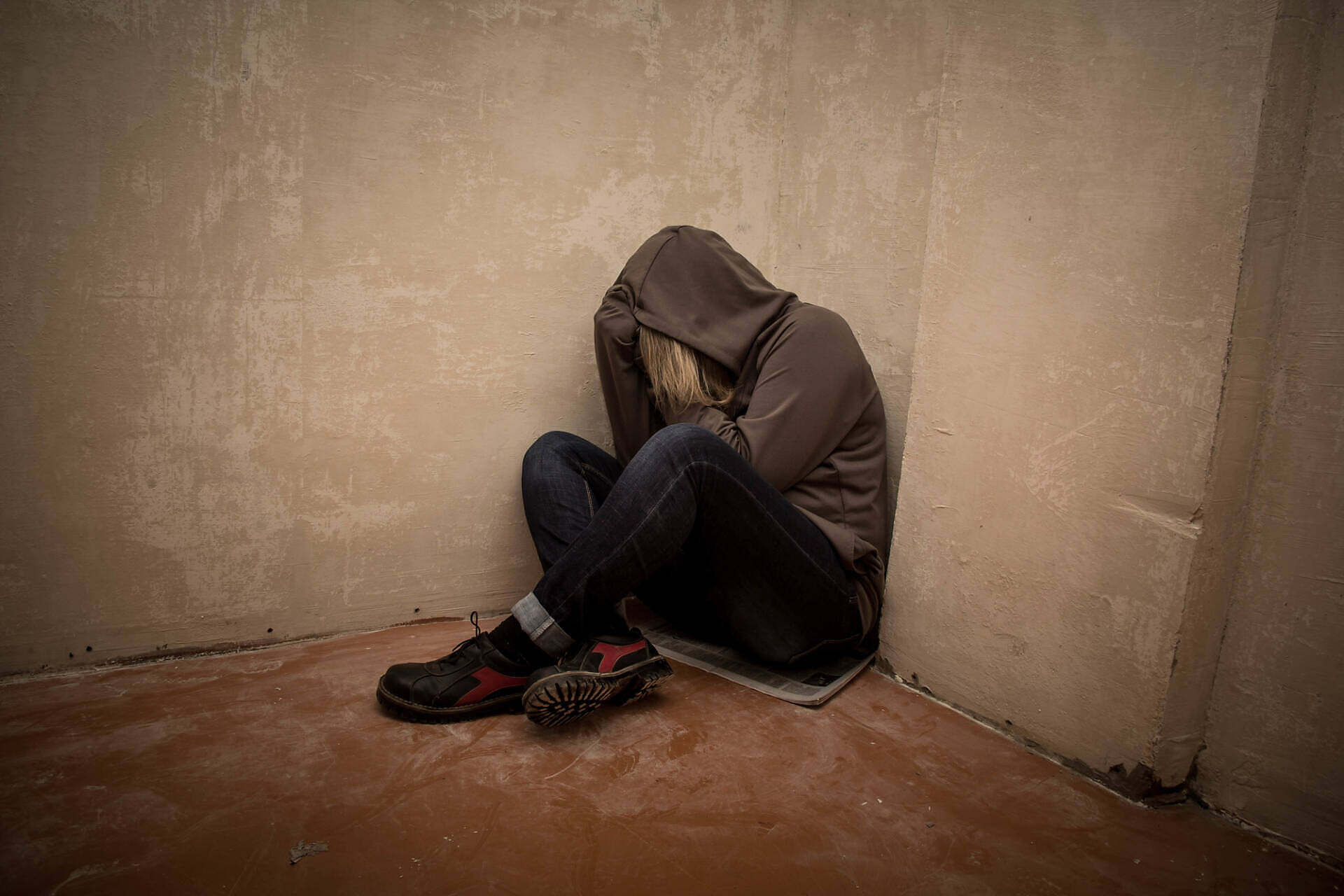 If you’re looking at yourself and wondering if you’re seeing heroin addiction, our hope is that the following information can help you.

There are a number of signs that could indicate an addiction, but none of them alone are sure signs. The first one is that you’re craving heroin.

Although it’s uncommon, it’s possible to use heroin infrequently. Some individuals might have a better natural resistance to heroin addiction and find that they aren’t caught in the cycle of use and withdrawal.

Those individuals might not find themselves with strong cravings or desires to find and use heroin. On the other hand, you may have a strong desire to use heroin whenever possible.

Even if you’re not using all the time, you can still be addicted. Your life might not allow you to use heroin as often as you’d like, so you hold off when you can. Note that heroin’s power has a way of derailing those responsibilities in favour of the drug, which leads us to our next point.

Why Is Heroin Addictive?

Heroin is one of the most addictive substances known to man. It also happens to be an opioid and shares a lot with various pain medications that are often abused. As a result, there are tens of thousands of individuals addicted to this drug in the UK.

To understand the reality of heroin addiction, it’s important to take a look at why it’s so addictive.

Without a little scientific understanding of drugs, it’s easy for us to put all of the blame on the user. It’s tough to grasp how hard heroin is to get off and why a person would keep using it in the first place.

If we don’t know the power that heroin has, we might wander into a situation where we try it.

Heroin is addictive because it floods your dopamine receptors. A rush of dopamine relieves pain, produces positive emotions, and relaxes the individual to an extreme. Dopamine is the reward our brain produces when we accomplish a task or do something that our body thinks will help us survive.

When we get that little hit, we’re incentivized to do that activity again. This is the basic reason for most addictions. Dopamine is released, and our biology is wired to want that experience again.

We’ve evolved to seek out the experience of dopamine. In the vast majority of cases, the human relationship to dopamine is the reason that we’re alive, successful, happy, or healthy.

It’s not that simple, of course, but the thing to remember is that dopamine is wired deep into our psychology. We seek it, and it tends to send us in the right direction.

Why Is Heroin Different?

So if dopamine is released when we do normal activities, why is it so different when we take heroin?

The difference is that heroin floods the dopamine receptors to a point that is rarely natural. The only time you might feel a similar rush of dopamine would be in a life-changing event, a stroke of miraculous luck, the birth of a child, or some unbelievable accomplishment.

You can feel that natural rush under only a very rare set of circumstances. For the average person, winning the lottery might be a good parallel to the kind of feeling you would get.

Heroin produces that level of dopamine and the feelings that go along with it. On the level of experience, it is no wonder that people wish to repeat that event. That said, it isn’t as if you’re as satisfied as you would be if you accomplished your life’s ambition, witnessed the birth of your child, or won the lottery.

You’re given that rush under ordinary circumstances. It doesn’t take much to reproduce that experience, and now you know how to achieve that rush of dopamine with little effort.

In the rush of that experience, your dopamine stores are depleted and the crash from heroin is severe. The only way to return to a normal or extra-normal state is to use heroin again to recover.

The dopamine rush from natural events is such that it’s not easily repeatable and there tends not to be a huge crash. For example, you don’t get hungover the day after you get a promotion.

Those experiences drive us to do better and put in real work to achieve specific goals. The rush that comes from heroin, on the other hand, is artificially produced.

The chemical composition of heroin and other opiates sparks an intense flood of dopamine that isn’t natural or replenishable in a normal amount of time. So, the result is that you don’t have the healthy dopamine you need once the experience of heroin is over.

Because it’s so intense, the individual has a strong motivation to avoid the pain of withdrawal, which in this case, is just the physical and mental agony that comes after a person uses heroin.

That is one of the main reasons that heroin is so addictive. The intense experience of pleasure is one thing, but the pain of the withdrawal might be more powerful.

After a while, the cycle of use and withdrawal leads to addiction.

The Danger of Overdose

In the case of an overdose, the individual takes enough heroin to flood their body with enough dopamine to overload the system. The body isn’t equipped to handle this level of rush, and that overload starts to impact the life-preserving autonomic functions like breathing, heartbeat, and more.

A person’s breathing begins to slow, but the nervous system is too subdued to recognize the need for more oxygen. Slowed breathing, then, is followed by a reduced frequency of the heartbeat.

There’s less oxygen present in the system, and the heart isn’t pumping enough blood to keep the body functional. As a result, the person’s body starts to shut down and the body temperature falls.

In this period, brain damage occurs and the individual eventually passes away if nothing is done about the situation.

Overdose can come when a person uses more heroin than their tolerance allows. This is common when a person has gotten sober from heroin and enters into a relapse.

In those cases, their body’s tolerance has adjusted back to near-normal, but many people return to the same dosage they were using before they got sober.

It’s also possible to overdose if you don’t know what’s inside the heroin. Fentanyl is a common drug found in heroin, and it can be dozens of times more potent than heroin.

An individual who is addicted to heroin might start to show signs that their priorities have changed. They might not go to work as often, call their friends as much, or take care of the things that they used to give them a sense of pride.

For example, you might notice that they forget to pick their child up from school a few times during the month. They might stop playing the instrument they used to love. They might not make an effort to see their friends or maintain their relationships at all.

That shift can occur gradually, so it might not be noticeable at first. Keep an eye out for responsibilities that aren’t being met. The individual might have to do things that they consistently don’t do anymore when that behaviour wasn’t normal in the past.

Following the shift in priorities, a person might start to isolate themselves. They might have been solitary before they started using heroin, but this isolation is more distinct than it was before.

The individual might not answer calls, make plans, or leave their place of residence for days at a time. If you make an effort to reach out, they might refuse or ignore you altogether.

It might not seem so bad because the experience of heroin keeps you so busy and out of touch with others for big parts of the day. A week or two might go by without you thinking too much about anyone outside of your orbit.

Another sign of severe addiction is that your withdrawals are getting more intense. The physical manifestations of your addiction could become far more severe than they ever were before, requiring you to keep your body at peace with more heroin.

This is a very dangerous place to be. On the one hand, the withdrawals might be too much for your body to handle on its own. The intense pain will keep you chained to heroin for as long as you allow it.

If you do try to quit cold turkey, you could open yourself up to very severe health consequences. Heroin withdrawals are intense enough to be fatal if there’s no effort to get heroin detox recovery. 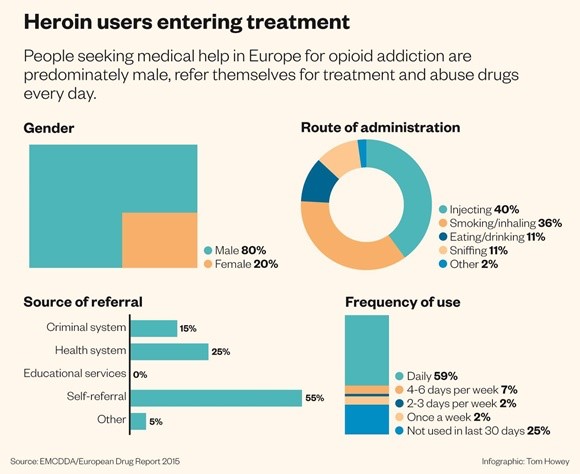 If you are experiencing symptoms of heroin misuse, it’s important to seek heroin treatment. The heroin drug is powerful enough to keep anyone chained far past the point where their entire life has been derailed.

There are a lot of treatment centres for heroin in the UK. Heroin abuse is not untreatable, though.

It’s very possible to seek treatment and get clean from heroin. Professional treatment allows you to work through the symptoms of withdrawal without putting yourself in the way of extreme physical harm or death.

Methadone is a common supplement in heroin withdrawal treatment. It binds to the opioid receptors in a way that satisfies the body’s need for some form of dopamine but doesn’t come with the intense pleasure or side effects of heroin.

It’s something that can curb the cravings and withdrawals while your body works through the toxins leftover from the heroin.

It’s also important that the individual seeks mental health treatment while in recovery.

Most recovery centres have staff that’s certified to work with mental health counselling. Counselling can help you to appreciate the psychological factors that might have contributed to you seeking comfort in heroin use in the first place.

Those factors aren’t physical addiction factors, though. They require some working through with the help of an individual who’s trained in doing so. In many cases, heroin addiction is a comorbid issue with a mental illness.

Treating the mental illness, in those cases, is just as important as treating the addiction. By working through those core issues and creating plans for your recovery, you can set yourself up for a much higher rate of success.

You can also understand how to avoid relapse, the risks of relapse, and what to do to create a healthy and meaningful life after you leave recovery.

Finding a heroin rehab centre is the best thing you can do if you’re experiencing an addiction. If you are going through an addiction, it’s a good idea to talk with the professionals to plot a course of action.

Contact us for more information on heroin addiction, treatment options, counselling, detox, and much more.