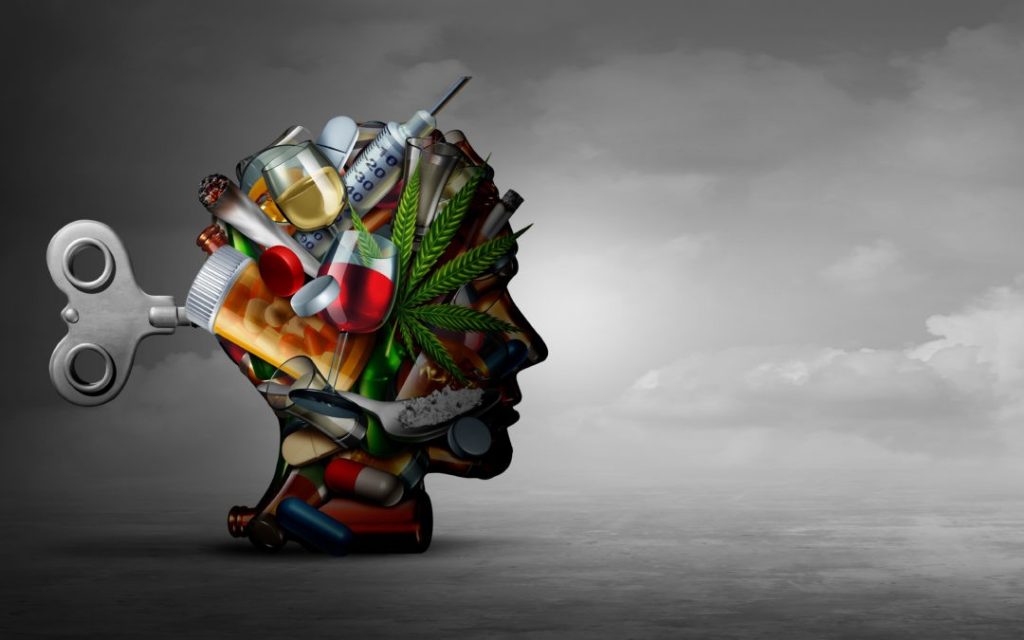 One of the biggest concerns facing people struggling with an addiction is how to deal with the cravings. Many would say if you can rid yourself of the craving, then you have the solution to your problem.

Many have looked at how cravings affect people with problems with drugs and alcohol, and what it can tell us about their addiction. For instance, a recent research experiment strove to demonstrate the significance memory has on drug cravings

Positron emission tomography, often abbreviated as a PET scan, is utilised to create an intricate three-dimensional picture of inside a person’s body. PET scans allow medical staff to look for any health problems and check on a patient’s overall condition.

During the study, subjects with a past association with drug abuse are placed in a PET. They are shown images of drug-taking in a video, where researchers noted some activity in the limbic system. A part of the brain supports numerous functions, such as behaviour, emotion and long-term memory. During drug scenes in the video, the section of the limbic system called the amygdala would illuminate, denoting signs of craving.

Experts are now examining these results, utilising this knowledge to find a way to conquer cravings. Researchers working on treating drug and alcohol addiction are often exploring memories and the effect they play in your dependency to assist with your recovery and avoid relapse. They are especially looking at the field of sense memory, where a particular sound or scent may trigger a memory, which could bring on cravings.

A phenomenon is known as associative learning, where an image or a sound associated with an addictive substance may build up your anticipation, making you ready and eager to take drugs or use alcohol, or whatever you may be addicted to. If you are battling a substance abuse disorder, it is not uncommon for images or sounds linked to your addiction to trigger a craving.

There are instances where looking at pictures of drug paraphernalia, such as bongs, silver foil, burned spoons, can cause sense memory. This can also apply to hearing specific sounds, like a ring pull, a drink can decompressing, or a wine bottle opening can make you recall using addictive substances. This can be enough to put you in the mood to imbibe once more, by bringing on your cravings.

If you are fighting a constant battle against drug or alcohol addiction, then it is not hard to imagine how everyday sights, sounds or smells can bring back floods of memories, leading you to “fall off the wagon” and use again. One of the major concerns about people undergoing recovery is the risk of falling back into bad habits, where more than half of people who stop taking drugs or alcohol suffer a relapse.

Certain studies have set out to show you can reverse the effects of negative memories associated with addiction until you no longer experience cravings. A construct commonly referred to as “extinction learning” which, under controlled surroundings, basically targets those sights, sounds or scents acting as triggers, by exposing you to them on a continual basis. You will in all intents and purposes undergo a baptism of fire, facing up to your negative memories until you have become accustomed to their effects. By, in a sense, building up an immunity to the painful, difficult moments of your past, they will eventually lose their hold over you, and their ability to bring on cravings and trigger a relapse.

It is an unfortunate fact though that dealing with cravings is an inevitable part of drug or alcohol addiction treatment. No matter how strong your resolve or willpower, when giving up addictive substances, you may face an ongoing fight against the urge to keep using.

What to do when alcohol & drug cravings strike

When avoiding cravings, it is important to recognise any potential triggers which could drive you to relapse and begin using again. For instance, if you are aware of any places, sounds, smells or images which could make you want to drink or take drugs, then they should be avoided if possible. However, if you are unable to, then you may wish to come up with a plan with how to handle them.

There are also changes you can make to your everyday life, which could aid you when attempting to evade alcohol and drug cravings. Some recommended altering you’re eating habits and taking more exercise, as well as distracting your mind. If you feel an urge to take alcohol or drugs, you could try taking up a hobby, reading, watching tv or films, or meeting friends and family to take your mind off it.

If you begin feeling those cravings again, the first thing you should do is question if you really want to go down that route. Things may appear difficult, or even hopeless at that moment, but have you considered the possible long-term effects of drinking alcohol or taking drugs once more. Think about how far you have come and what you stand to lose if you start using again.

Talking about your problems, you can get to the root of your cravings. You can also receive support through counselling, where you can speak to a qualified advisor who can help you address your need to take drugs or drink to excess.

In the course of psychotherapy, many counsellors will employ a method known as memory reconsolidation, which can assist recovering addicts by combining and eliminating poor memories of alcohol or drug abuse, reducing the possibility of experiencing cravings connected to past associations with addiction.

Sometimes, in order to repel cravings, contemporary therapy techniques are used such as CBT, or cognitive behavioural therapy, incorporating numerous areas such as visualisation, distraction or redirection. CBT allows you to identify any negative thoughts or feelings which could be adding to your addiction problems and help you eradicate them — allowing you to find a relaxing place when you feel your cravings until they pass. Cognitive behavioural therapy can also help you deal with a psychological state known as catastrophising, where you may doubt if you will be able to handle your craving. CBT can assist you to look at a situation in an objective, open-minded way and not just assume the worse.

For most people, though, the key to overcoming addiction and conquering cravings is to free themselves from the negative thoughts and feelings which may have plagued their lives.

Many use a mindfulness technique called urge surfing. The practice of facing up to your cravings and accepting what they are instead of denying them. Whereby acknowledging your craving and concentrating on them, you can become accustomed to its properties.

Mindfulness is incredibly effective at reducing drug cravings. Techniques included “check-ins” with how your body feels, practising meditative awareness while eating, paying attention to breathing, doing yoga postures, and traditional sitting meditation. According to studies, mindfulness training lowers addicts’ cravings by 20% in the short term and has even more promise over an extended period of time.

The most important thing to remember is that recovery from addiction takes time and relapse is a natural part of the disease, just as experiencing triggers or cravings are a normal part of recovery.

Instead of feeling guilty or depressed, staying focused and positive can lead to a happy and healthy, sober lifestyle.