What Happens When You Mix Alcohol With Ritalin? - Detox Plus UK 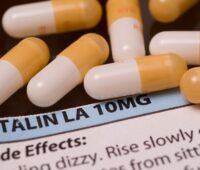 What Happens When You Mix Alcohol With Ritalin?

There are a number of prescription drugs that have adverse side effects when used with alcohol. This is challenging because we tend to assume that the drugs we’re prescribed should fit easily into our lifestyles.

We’re going to look at Ritalin mixed with alcohol today, exploring potential complications. Hopefully, you’ll gain an appreciation for how mixing Ritalin and alcohol can affect your body.

The Effects of Ritalin and Alcohol

It seems like mixing a stimulant and a depressant would create a balanced mood. People might think that alcohol takes the edge off of the Ritalin effect, and the Ritalin would curb the low mood that alcohol can create.

This tends not to be the effect that comes from mixing these two substances. If anything, the Ritalin effects will disrupt your state of mind in a way that makes you feel less drunk than you really are. Your mind will feel unaffected, but your blood-alcohol level will keep rising.

When your BAC rises to a certain point, any overriding effects from the Ritalin will slip away, fast. You’ll expose how drunk your blood alcohol content says you are when your central nervous system starts to slip.

At that point, you might black out, pass out, and do so without a gag response. Most of us recognize when we’re getting too drunk. When we don’t have a measure of our intoxication, though, we can get far drunker than we intend to.

It’s unfortunate that a lot of people imagine this combination as one that helps them to party. While there may be a time or two that you don’t have a bad outcome from doing so, know that there is a high risk.

Alcohol is dangerous on its own, and adding an additional set of blinders to your intoxication is a recipe for extreme harm to yourself. There are also a number of Ritalin and alcohol side effects that could be specific to your individual biology.

Options for Those Prescribed

If you’re prescribed Ritalin and want to have an occasional drink, there are some things that you can do.

The first thing to do is talk with your doctor about how to approach these situations. They might tell you that it’s safe to skip a day of your medication if you plan to have alcohol that night. They’ll also let you know how long the medication is in your system.

You can wait until the Ritalin has left your system so that you’re not drinking alcohol while taking Ritalin. In other words, they’ll tell you how long after taking Ritalin can you drink alcohol.

Hopefully, our exploration of the Ritalin alcohol combination was helpful to you.

If you want to find out more about mixing Ritalin and alcohol or have questions about other combinations, we’re here to help. Explore our site or contact us for more information on drug abuse, treatment, recovery, and more.