Approximately 52 million adults rely on antidepressants to treat depression and other mental health disorders. They’re a common prescription and are generally considered safe. But are antidepressants addictive?

The answer can make or break your decision when it comes to seeking treatment for depression. If you or someone you know is thinking about taking antidepressants, it’s vital to learn about the side effects.

Explore the relationship between addiction and antidepressants to make an informed decision. 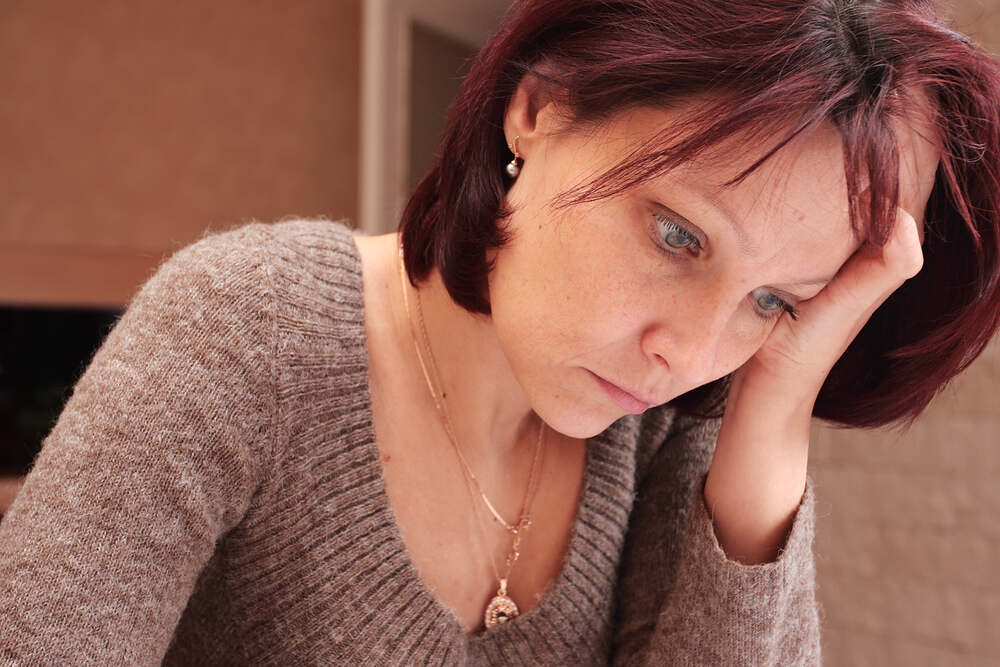 Antidepressants are prescription medications that relieve specific symptoms of mental health disorders. They’re frequently prescribed for depression, anxiety, and insomnia. Studies have shown that they can reduce symptoms by 70 to 80%.

The range of antidepressants on the market has grown significantly since their introduction in the 1950s. Today, the most common prescriptions are SSRIs and SNRIs.

SSRIs are the typical first-line treatment for moderate to severe depression. They usually have mild side effects and can effectively reduce the severity of symptoms.

The use of SSRIs aligns with the theory that depression is a result of a chemical imbalance in the brain. Neurotransmitters, like serotonin, fail to pass signals to the nerves properly. SSRIs block the absorption of serotonin by the neurons, resulting in better signal transmission.

SNRIs work similarly to SSRIs with one key difference. While SSRIs only block serotonin, SNRIs also block norepinephrine. Norepinephrine is another major neurotransmitter responsible for sending signals to the nerves.

Your doctor might prescribe an atypical antidepressant if the first two aren’t helpful. These medications don’t block neurotransmitters which is why they’re considered atypical. Instead, they aim to balance serotonin, norepinephrine, and dopamine levels in the brain.

What Do Antidepressants Treat?

Antidepressant medication is predominantly used to treat major depression. But they can help treat other mental health disorders as well, including:

They’re often prescribed in moderate to severe cases, regardless of the disorder. But they might not be the first line of treatment. Mild cases are more likely to be managed with therapy or lifestyle changes.

Antidepressants are not addictive when taken according to your doctor’s directions. But there is a big difference between addiction and dependency, just as there is between proper use and misuse.

The answer becomes even more blurry when you consider comorbid disorders. People who suffer from depression tend to have substance abuse issues or mood disorders. One study found that 40% of participants with depression also had an alcohol use disorder.

Antidepressant abuse occurs when the medication is:

Furthermore, certain types may have the potential for abuse. A common atypical antidepressant, Bupropion, is safe when used as prescribed. But reports of people crushing and using it intranasally to achieve a high have been recorded.

Antidepressants should always be taken orally because of their time-release formula. But when someone snorts, injects or otherwise ingests them, it can cancel out the time-release effects. First-person reports show that it can help users achieve an amphetamine-like high.

Both SSRIs and SNRIs can cause stimulant-like effects when taken at high doses. Users may experience a feeling of euphoria, empathy, and increased sociability. But high doses may lead to serotonin syndrome, which can be fatal.

Combining antidepressants with another substance can alter or elevate the high. It can result in antidepressant abuse to maintain the elevated high. There’s a potential for substance abuse any time they are used in a non-prescribed way.

When we talk about antidepressants, it’s crucial to define the difference between addiction and dependence. While you might not become addicted to antidepressants, you can be dependent on them.

Dependence is a physical state, whereas substance addiction is physical, mental, and emotional. You’ll feel withdrawal symptoms once you stop taking the medication in both scenarios. These symptoms can include:

But the main difference is that addiction changes the person completely. Their every move centres on getting their next high and maintaining the feel-good effects of the drug. They may begin to show risky and aggressive behaviour as well.

Antidepressants aren’t often associated with euphoric feelings or highs. But when misuse of antidepressants does happen, addictions may follow. 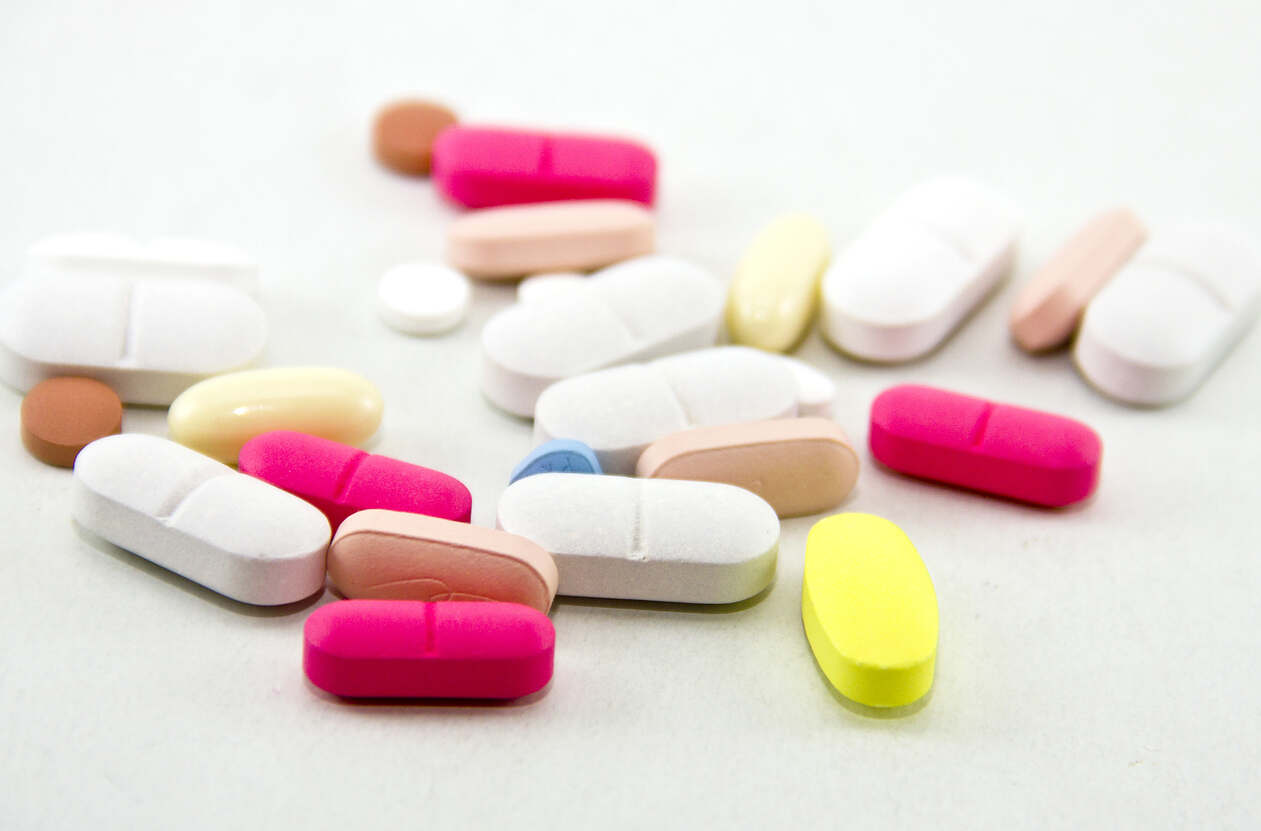 What Are the Side Effects of Antidepressants?

Besides the possibility of dependency, antidepressants also come with possible side effects. Side effects will range depending on age, sex, comorbid disorders, and other factors. The most common mild side effects include:

While these side effects are not severe, they can seriously impact your day-to-day life. Health professionals believe that over half of their patients will feel some of these in the first few weeks of starting their medication. Additionally, some people will also experience more severe side effects.

Serotonin syndrome is a rare but dangerous side effect. It occurs when serotonin builds up to a hazardous level. It can cause a high fever, seizures, and unconsciousness, but it can also be life-threatening.

Another severe side effect is hyponatremia, caused by critically low sodium levels. SSRIs and SNRIs can impact hormones which, in turn, wreak havoc on sodium and fluid levels. Severe cases of hyponatremia can result in a coma or death.

Most antidepressants won’t trigger a seizure unless you have a history of seizures. But it is a possibility, especially when taking Bupropion. If you’ve experienced seizures or tremors in the past, it’s crucial to let your physician know before starting treatment.

It’s quite counterintuitive, but antidepressants can lead to depressive thoughts and suicide attempts. The first weeks of treatment can be difficult when it comes to deciding the dosage and choosing a medication. Sometimes symptoms seem to get worse before they improve.

How Do Antidepressants Interact With Other Substances?

People with mental health disorders may use alcohol and drugs as a coping mechanism. Studies have found a strong connection between depression and alcohol abuse specifically. But when taking antidepressants, consuming alcohol and drugs will hinder your recovery.

Combining with alcohol may cause:

It can lead to dangerous situations and even hospitalization, depending on the amount consumed. Abusing drugs while on antidepressants can cause even more extensive problems. Since drugs aren’t monitored, they can have unexpected side effects.

Studies have found that antidepressants and cocaine are an especially risky combination. Higher levels of serotonin and dopamine can increase the danger of cocaine-related convulsions. The combination can even be lethal.

Battling substance abuse and depression at the same time is tough. It can feel impossible to face both at once, but there are options! Enrolling in an alcohol or drug rehab is the first step toward success.

Once you’ve detoxed, you can begin to take antidepressants to manage your symptoms. This step can set you on the right track toward recovery without risking severe side effects.

What Are the Signs of an Antidepressant Overdose?

A lethal antidepressant overdose is possible but uncommon. SSRIs and SNRIs alone don’t usually result in fatalities when misused. But adding in alcohol or drugs can turn it into a fatal overdose.

Still, SSRIs and SNRIs are considered low-possibility medications for overdose. But there is one older antidepressant that can result in fatal overdoses. Tricyclic antidepressants (TCAs) have the highest overdose probability of any antidepressant.

Spotting the signs of an overdose is crucial. Mild symptoms of an antidepressant overdose include:

Contact poison control immediately if you suspect that you or someone you know is experiencing mild symptoms. Symptoms can progress and become severe very quickly. More serious signs of an overdose can be:

It’s imperative to seek help if you experience severe symptoms. Never try to wait it out, as symptoms can appear up to 24 hours after an overdose. A trip to the emergency room can save your life!

How to Get Help for an Addiction or Dependency

If you’re concerned that you or a loved one might have an addiction or dependency, there are steps you can take. Whether it’s alcohol, illegal drugs, or antidepressants, seeking professional help is vital.

The first step is usually to remove the substance from your system. A medically-supervised detox is crucial for alcohol and substance use disorder. Round the clock care prevents you from relapsing and eases withdrawal symptoms.

For antidepressant dependency, medical supervision is also required, to a certain extent. While you don’t need to stay in a facility, you should consult with your doctor. They will conduct the detox in a safe and controlled way.

They might start by reducing your dosage or switching you to a low-dose alternative. This plan can substantially reduce withdrawal symptoms and increase the chances of success. Never stop taking your medication suddenly and without consulting your physician.

After detox, rehab is the next phase of breaking an addiction. It can involve residential or outpatient treatment, depending on the severity.

Residential treatment requires you to move into a rehab facility. You can expect medical care, therapy, and holistic approaches during your treatment. You’ll get to the root of your addiction while learning how to handle future triggers and create lifestyle changes.

Outpatient treatment allows you to live at home while attending a rehab facility. You may have to visit every day, a few times a week, or once a week. This treatment also combines medical care, therapy, and lifestyle changes.

Antidepressant addiction doesn’t usually require rehab unless you have a comorbid disorder. For example, people with depression who also suffer from alcohol use disorder may seek treatment at rehab. In this case, you’ll work on both sets of symptoms and issues simultaneously.

Therapy is an essential component of treatment for any disorder. It’s also very effective when it comes to breaking an addiction. Therapy can be a part of your treatment plan whether you attend an inpatient or outpatient facility.

Cognitive-behavioural therapy (CBT) is one of the most effective therapies. It focuses on breaking unproductive reactions and thought patterns. CBT can help you manage addiction triggers and use healthy coping mechanisms.

Another common type of therapy is dialectical behaviour therapy (DBT). It centres around accepting your past and creating positive change. DBT can also effectively curb triggers and teach you how to handle addiction responses.

Many people who struggle with addiction also choose to attend group therapy. Groups therapy can be a practical way to bond with others who know what you’re going through. It can also increase motivation and self-awareness.

Navigating the Antidepressant and Addiction Connection

Antidepressants can be a lifesaver for those who suffer from moderate to severe clinical depression. But they come with their own set of side effects and unwanted outcomes. The connection between antidepressants and addiction shouldn’t be ignored when choosing a treatment plan.

Antidepressants are addictive if you abuse or misuse them, like most substances. If you’re struggling with addiction, dependency, or substance abuse, it’s time to get help. Finding a detox or rehab facility is the first step in the healing process.

Ready to get help? Detox Plus offers many locations and personalized services to suit every need. Contact us today to start living the life you deserve!

Which medications are used during detox?