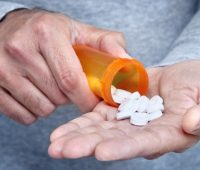 A new report commissioned by the government to review addictive prescription drugs has revealed that 1 in 4 adults was prescribed them last year.

The government requested the report in light of the fact that the current guidelines and controls in place for these classes of medications have had little impact.

Britain is in the midst of an opioid crisis with opiate-related deaths soaring to shocking levels in recent years. The concern is that overprescribing is fuelling the current public health crisis.

The government instructed Public Health England to review the following five classes of medications, all of which are potentially addictive, can have serious side effects and withdrawal symptoms. They are also medicines that have been linked to many deaths:

Whilst tighter controls are now in place for these classes of prescription drugs, and it is evident from the latest statistics that guidelines are not as effective as they need to be.

Public Health England’s findings were published in a report released to press on the 10th September 2019. The report identifies the following key points:

Prescribing guidelines state opiates and opioids should not be prescribed for any longer than 3 months for non-cancer-related conditions and benzodiazepines for no longer than 28 days.

Patients interviewed for the report felt they were not given enough information regarding the addictiveness of these drugs and the dangers associated with them at the time of prescribing.

Females and older adults (in particular those aged 75 and over) are prescribed the most from the reviewed classes of medications. This suggests that GPs view the older generation differently, when, in fact, they are the most vulnerable.

The fact that gabapentinoid prescriptions are continuing to rise is very concerning. Whilst gabapentinoid medications such as pregabalin and gabapentin are very effective in treating pain, in particular, neuropathic pain, they are very addictive and can easily be abused. When taken over a prolonged period of time, they also cause drug dependence.

Pregabalin is now often prescribed as an anti-anxiety drug to treat anxiety-related disorders. 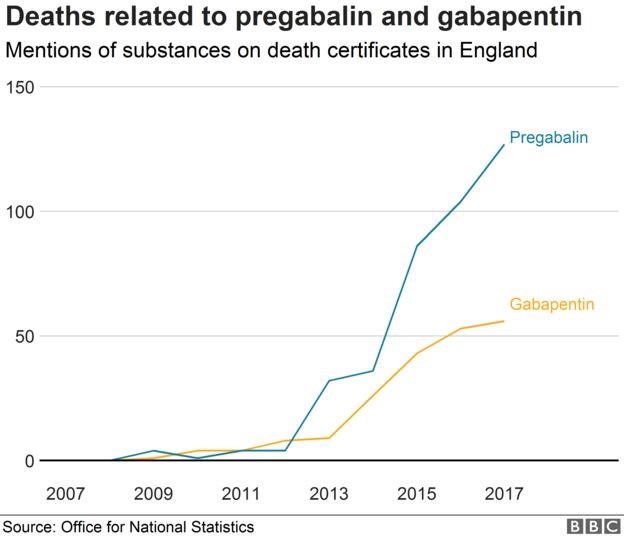 Pregabalin and gabapentin related deaths have soared along with prescriptions

Both Pregabalin and gabapentin have euphoric and sedative effects when abused. When mixed with alcohol, another sedative or opiate, they become dangerously unpredictable.

PHE’s report evidenced a strong link between higher prescribing rates and deprivation. The report also evidenced a clear North/South divide when it comes to prescribing of the reviewed classes of addictive drugs in England. Similarly, drug overdoses and drug-related deaths are much higher in the North of England than they are in the South. 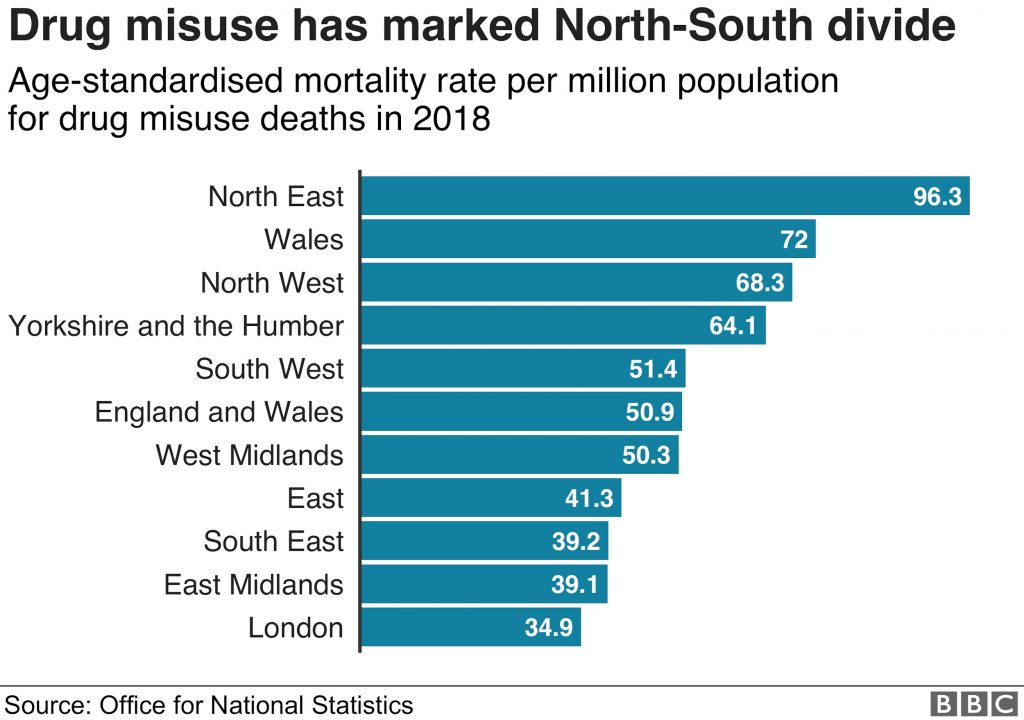 Higher prescribing rates and deprivation were linked by the following key findings:

According to Public Health England’s report, there could potentially be millions of people in the UK suffering from prescription drug dependence or addiction. In response to their findings, PHE has demanded that the government set up a helpline. However, will this really be enough?

Most individuals suffering from drug dependence, whether it is to prescription drugs or illicit drugs, require professional medical and therapeutic help in order to come off the drugs safely and to stay off them long term.

If you or a loved one are suffering from prescription drug dependence, please DO NOT stop taking your medication suddenly. Acute withdrawal symptoms from these drugs can be life-threatening.

Detox Plus UK specialises in professional private drug detox and drug rehab for all manner of prescription drugs and illicit drugs. We can facilitate a full medical detox to ensure that your wellbeing is not put at risk whilst you stop the medication.

All of our detoxes and treatment programmes are tailored specifically to the individual. With high levels of medical and therapeutic support, you will be able to stop your medication successfully and comfortably.

Call us today on 02072052734 or complete the enquiry form to find out more about how we can help you or your loved one to break free from prescription drug addiction and dependence.

What is the Definition of Drug Abuse?

Find a Centre Nearest You