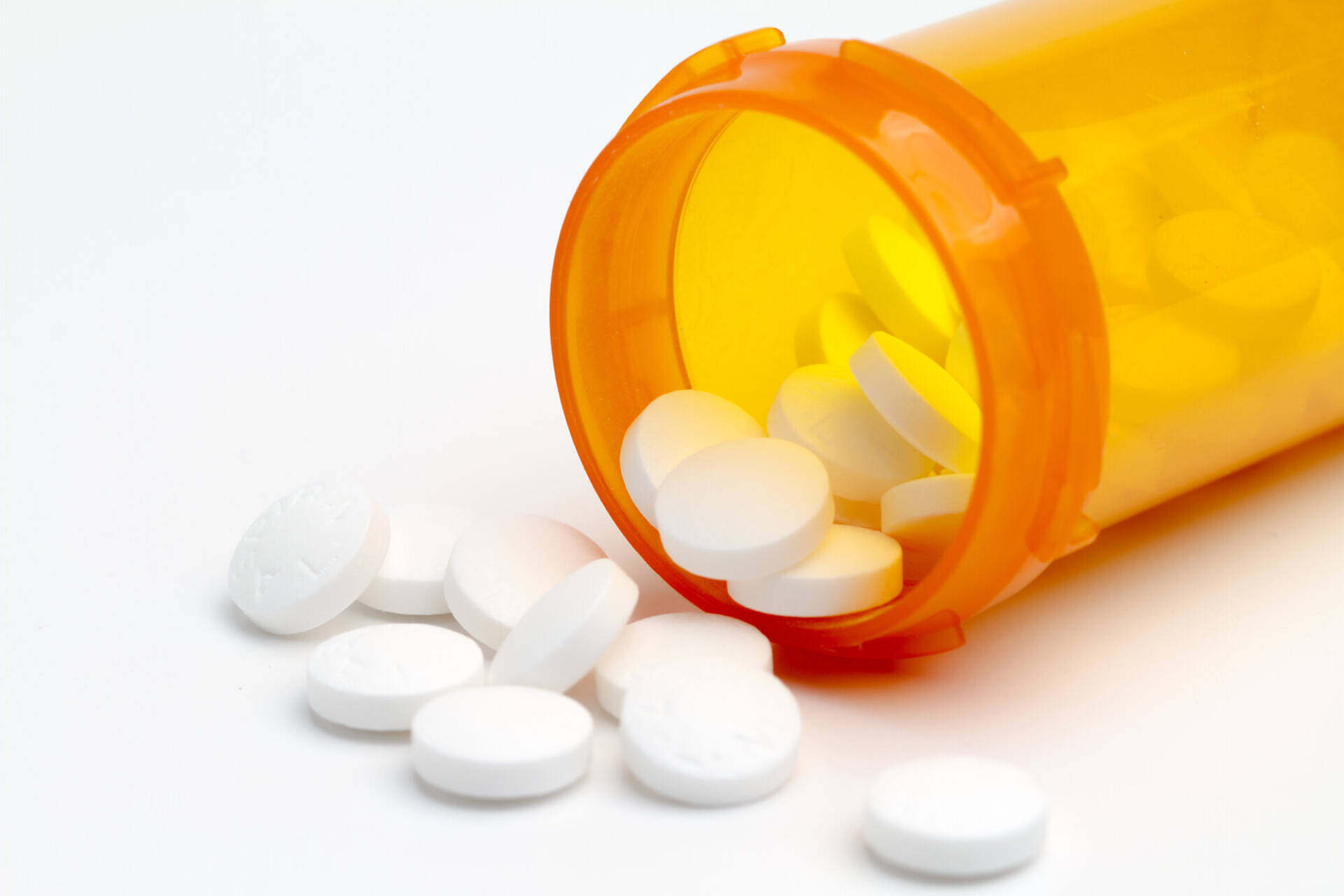 Understanding how particular drugs work as well as how those drugs become addictive is important. If you’re around certain drugs or are experiencing some substance abuse issues, more information can help you get out of the situation.

We’re going to talk about benzodiazepine addiction today, giving you some insight into what these drugs are and how they operate. We will also explore why they can be addictive, how they’re addictive, and what you can do to recover from addiction.

Hopefully, the information below can be useful to you or someone you love. Let’s take a look.

Benzodiazepines, also known as “benzos,” are a class of depressants that are often prescribed to treat anxiety disorders. So, if you’re wondering “what are benzos,” note that they’re just a class of drug called benzodiazepines. They can be useful anticonvulsants and sleeping medications in some instances as well.

These drugs operate by interacting with the central nervous system in a way that suppresses certain neurotransmitters and allows others to flow more freely.

In terms of treating anxiety, these drugs allow the neurotransmitter GABA to flow freely, which leads to a suppression of the central nervous system. The person’s heart rate, breathing, and other central functions might slow as well.

What you get, though, is the experience of reduced anxiety on the chemical level. In most cases, people with general anxiety disorder have thought patterns or pieces of the brain that work to generate more anxiety than is needed.

Anxiety and stress are important mechanisms for survival, but the misfiring of the amygdala or repetitive negative thoughts can create an internal environment of anxiety that far exceeds the useful levels.

It’s a comfort to know that a big piece of anxiety is chemical and exists in the body. You could have the same intense thoughts without the discomfort of anxiety if the body were to subdue its stress response.

Why Is GABA Important?

GABA is a neurotransmitter that holds a lot of responsibility in the body. It does different things in the respective areas of the body where it’s most needed.

For one, the body releases GABA somewhere in the reward system of the brain. Alongside dopamine, it comes in and produces a calm sense of relaxation when a person does something that’s useful in a biological sense.

When we have sex, for example, we might release more GABA. The same goes for instances when we go for a run or complete intense exercise of any kind. A big piece of the “runner’s high” comes from GABA.

GABA flows and causes the central nervous system to subdue stress and allow the person to feel free and easy. That’s part of the reason that exercise is so helpful when dealing with anxiety.

Benzodiazepines inhibit the chemical that inhibits GABA. GABA has an inhibitor because it can’t be allowed to flow all of the time. If that were the case, we wouldn’t be as adept at survival.

So, there’s a little blocker that prevents it from running when it’s not needed. Benzos enter the situation and prevent that “blocker” from doing its job. The result is increased GABA, lower stress response, and reduced anxiety.

Along with the fact that benzos reduce anxiety, they’re also known to produce a little bit of euphoria in high enough doses. Euphoria, joy, comfort, relaxation, and total release are all things that a person might experience if they start using these drugs.

Those experiences have something to do with the release of GABA and dopamine. Dopamine is a primary actor in the reward system as well. Dopamine hits are what drive us to complete many of the tasks that we routinely complete every day.

It’s also the culprit behind much of the physiological side of addiction. When we get a rush of dopamine, our biology is programmed to recreate whatever it was that prompted it. That’s why, among other reasons, we’re driven to have sex, eat satisfying foods, make money, and more.

In instances where we can hack that system and produce immense amounts of dopamine without effort, addiction is right around the corner. Slot machines, opioids, alcohol, benzos, and most of the other agents of addiction work in close contact with dopamine.

It makes total sense that someone suffering from anxiety would benefit from these drugs. It also makes sense that any normal person would enjoy the release from their normal thoughts and anxieties.

When you take benzos, you’re given a little “pass” to get away from the things that trouble your thoughts. You can start to get comfortable with that pass and seek it out at all hours of the day.

Numbing things down in exchange for peace and quiet is something that a lot of people look for. Some individuals might have experienced trauma that they want to forget for a while.

Other people might have a massive heap of responsibility at home and at work. Others might just think that benzos are a fun party drug before they start to find themselves wanting to use them often.

Note that there is a safe and effective way to take benzodiazepines without abusing them. Those methods are understood by doctors, which is why these drugs should only be used as prescribed.

When it comes to using these drugs recreationally, however, there’s a big risk for substance abuse. This happens quickly, too, as benzos tend to have short half-lives and generate dependence. 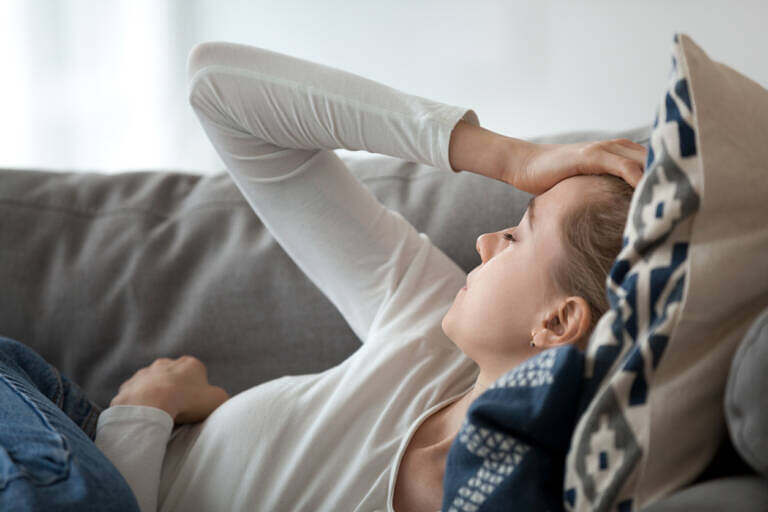 The front half of addiction tends to be the pleasure, release, and physiological desire. The other side of things might be more powerful and is related to the negative end of drug use.

When we start to use a drug often, we develop a tolerance. This is our bodies’ ability to process a drug and get used to the fact that it’s in the system. That might have something to do with the use of receptors that the drug engages as well as other ways that the body adjusts to new substances.

We have tolerances to many things that we use every day. Coffee, for example, would be a lot more stimulating if you were drinking it for the first time. Try taking a three-week break from coffee and see how you feel when you take that next sip.

The same goes for sugar. As processed sugar made its way across the world, people who tried it often experienced very strong effects. Most of us are just used to the substance, but we might feel a little off when we’re away from it for too long.

In terms of drug addiction, the need that the body has for the drug can be excruciating. Most people want to quit abusing drugs, but the cravings and withdrawals that they have send them right back into the cycle of abuse.

How Long to Become Addicted to Benzos

The rate at which a person develops tolerance to a drug depends on the half-life of that drug as well as how much the person is using.

A drug’s “half-life” is the amount of time that it takes the body to work through half of the substance and release it from the system. It keeps removing half at that rate until the substance is gone.

Benzos tend to have a half-life of around 12 hours. So, a person who’s addicted to benzos might start to have symptoms of withdrawal at that point or even before the 12-hour mark. If you’ve been abusing benzos for a short amount of time, your withdrawal symptoms won’t last as long.

You might have symptoms for a week or two. The more of the substance that has been built up in the body, though, the longer it takes to work out. Further, more build-up leads to heavier withdrawals with more risks.

In terms of getting addicted to these drugs, it might take only a week or two. It depends on how fast you’re redosing in relation to the half-life. If you take benzos once a week, you might not start an addiction for a while.

On the other hand, using them every night to fall asleep will produce addiction in no time. You might start craving benzos during the day after a week or two of taking significant doses over and over.

How Can People Take Them As Medication?

You might wonder how this drug can get prescribed to people if it’s so addictive.

Most doctors prescribe various benzos for a period of two to four weeks. Even in small doses, that amount of time could lead to dependence, though. That’s why it’s so important that benzos are taken at the behest of medical professionals and in the appropriate amounts.

Their efficacy in treating anxiety serves as a short-term solution to panic attacks and debilitating anxiety. Other treatment methods should start to take root after four weeks or so, allowing the patient and doctor to shift away from benzos.

Doctors use some of the most addictive drugs on the planet in their treatments. Pain medications and morphine, for example, are among the most deadly and addictive substances that we know of.

People have found ways to incorporate those substances in a healthy way, though. Those ways almost always involve the intervention of a medical doctor and regular check-ups.

What Is Benzodiazepine Dependance?

Dependance can show its head in a number of ways. The unifying factor in instances of dependence, though, is the fact that the person has either a psychological or physical dependence on the drug.

They need more of it, or else they will suffer symptoms of withdrawal. So, if you feel like you might have gone too far with the recreational or medical use of this drug, ask yourself if you’re feeling cravings and withdrawals.

When you don’t have the drug, are there physical symptoms of sickness, paranoia, shakes, sweats, intense anxiety, and more? These are things that might happen if an addicted person is stripped from their drug of choice.

The particular symptoms of withdrawal can vary depending on the benzo that you’re using. There are a number of benzos that you might have access to, all of which are addictive.

If you or someone you love is addicted to benzos, there are a number of options for treatment. You should seek the help of a treatment centre where professionals can monitor your symptoms and help you uncover the root issues.

The symptoms of benzo withdrawal aren’t fatal in most cases, but they can be if a person has a comorbid addiction to two substances. Opioids and benzos are used in tandem in many cases, and opioid withdrawal is fatal in some cases.

A treatment centre can also provide resources for mental health support. Mental health professionals can help you carve a path forward and see how you’re going to handle sobriety. Having a plan can be a huge help.

Triggers are everywhere, especially when you’re getting sober for the first time, so it’s smart to have an idea of how you’ll respond when you have a craving or trigger. Counselling also helps to see why you might have turned to addiction in the first place.

People don’t tend to start abusing drugs for no reason. There’s something that contributed to drug abuse that might be hard to think about or reason with. That’s what the professionals are for, and their insights might untie those knots and allow you to move on.

Benzodiazepine addiction recovery is possible and there’s a lot of help available in the UK. We’re here to put you in touch with the information you need.

There’s always the option to get clean in a safe way. Contact us to learn more about benzo addiction treatment options, common side effects of benzodiazepines, benzo withdrawals, how long to get addicted to benzos, and much more.

Do Benzodiazepines help with opiate withdrawal?