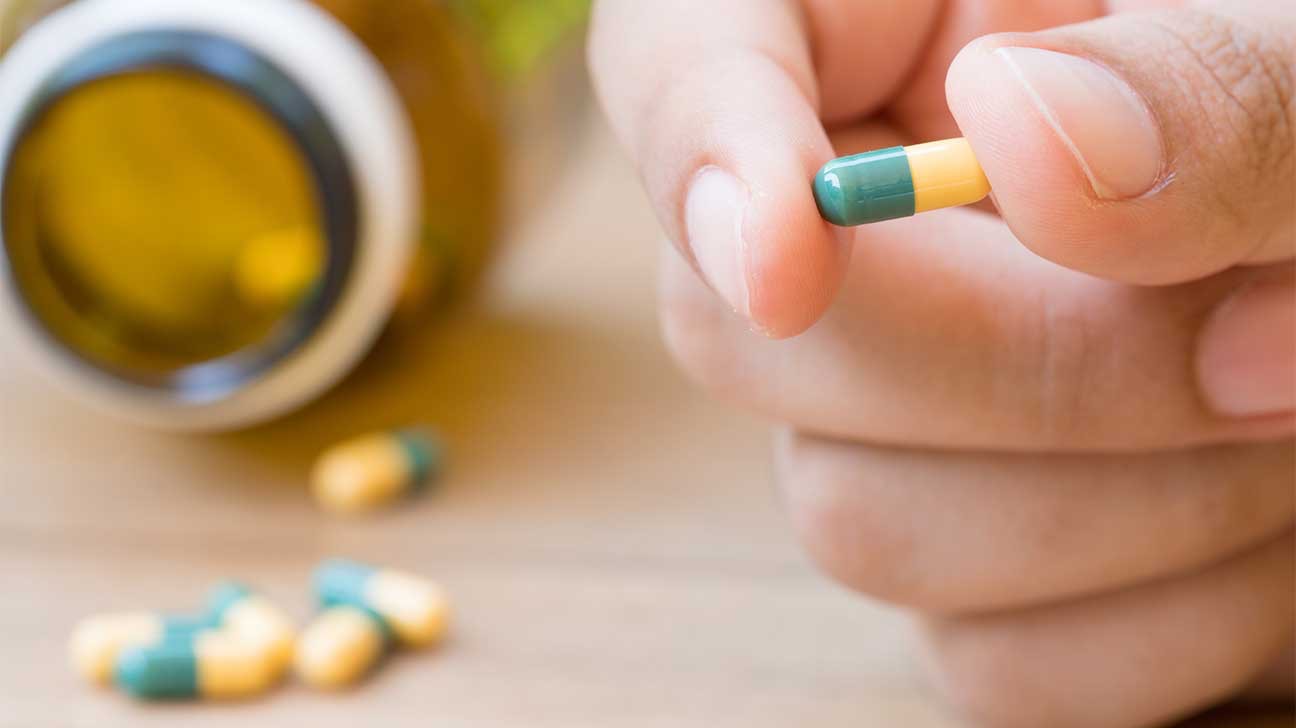 Tramadol is a commonly prescribed opioid analgesic drug used to treat a variety of pain-related conditions. Whilst tramadol is an effective painkiller for moderate to severe pain, it does come with a whole host of worrying side effects and is open to abuse. This drug is a CNS depressant and Tranadol addiction is often linked to mixing Tranadol and alcohol.

If you or a loved one have been prescribed tramadol in the UK, it is essential that you understand the possible implications of taking this narcotic-like a drug. We hope that this page will better inform you. If you do have a problem with tramadol abuse or addiction, please be assured that there is effective treatment available.

Tramadol hydrochloride, sold under the brand names Ultram and Zytram (amongst others), was introduced to the pharmaceutical market in 1977 as a new opioid painkiller. In the mid-1990’s it was approved for use in the UK.

Initially, the drug was thought to be a preferable alternative to opiate-based medications as was less addictive. However, this has since been proven to not be the case. Sadly for many on a long term prescription, this is one drug that is very difficult to withdraw from.

Tramadol is a synthesised opiate, meaning that it is made to mimic the effects of opiate drugs and works on the brains neurons u-opioid receptors. It is also a serotonin-norepinephrine reuptake inhibitor – SNRI and so could potentially be used to treat major depressive disorders.

At present, it is not prescribed for psychiatric disorders due to it being a short-acting drug that has a high potential for misuse and has substantial side effects.  To date, very few studies have been conducted as to its effectiveness in treating depression.

Tramadol comes in short release capsules and extended-release (Ultram ER). Generally, when prescribed, tramadol dosages and durations are kept to a short term basis only, and it is effective and safe. Abusing the drug or taking it for a prolonged period carries many risks and can lead to addiction and drug dependence.

Side Effects of Tramadol

Tramadol has many potential side effects. Not everyone will suffer from side effects, but in some people, they can be very serious, even when using the drug as prescribed.

Here we look at both the physical and psychological side effects of taking tramadol hydrochloride:

Physical side effects  include:

Psychological side effects include:

Serious side effects are highlighted in red and require immediate medical attention. You are more likely to suffer from the serious side effects of tramadol if you are abusing the drug, mixing it with alcohol or other drugs, or taking it in high doses.

Do not drive if you think that tramadol affects your ability to drive safely, for example, if it makes you drowsy, dizzy, unable to concentrate or make decisions, or if you have blurred or double vision.

If you are taking Tramadol for pain management you may be wondering if you can drink alcohol while you are on this medication. The greatest impact of mixing Tramadol and alcohol is on the CNS (central nervous system). As both affect the CNS taking alcohol with Tramadol can increase the effects, particularly depression of the nervous system. This can lead to increased drowsiness, impaired judgement and confusion. Less common side effects are tachycardia, irregular breathing and seizures. It is recommended you limit or stop drinking alcohol when you are taking Tramadol. You should definitely avoid any tasks that require concentration such as driving or operating machinery if you combine Tramadol and alcohol.

The important thing to remember with tramadol is that it does not suit everyone. Any individual that has past or current issues with alcohol, drug abuse, depression or addiction should not take tramadol.

Tramadol should also be avoided if you have severe breathing problems, a blockage in your stomach or intestines, you have recently consumed alcohol, sedatives, tranquillisers, narcotic medication, or an MAO inhibitor (isocarboxazid, linezolid, methylene blue injection, phenelzine, rasagiline, selegiline, tranylcypromine, and others). 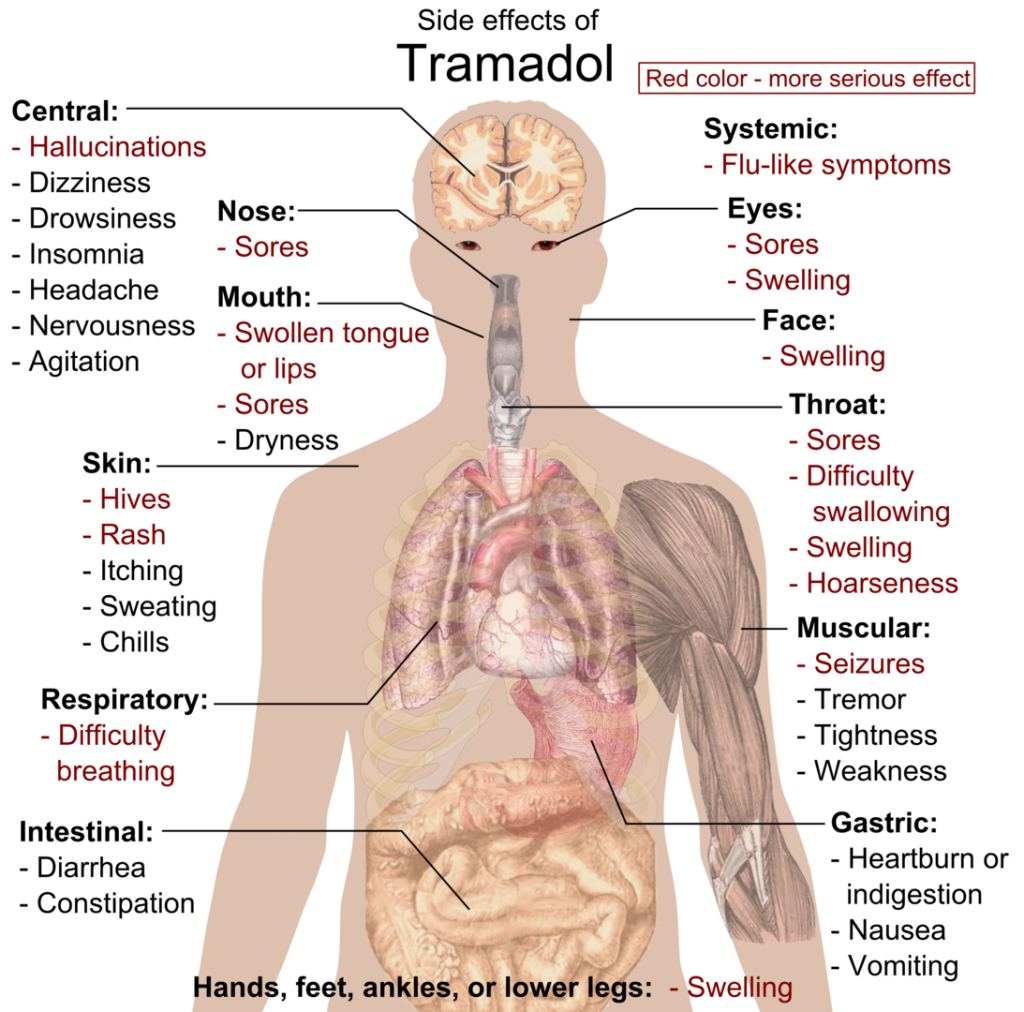 Mixing Tramadol with Other Drugs

As with alcohol, combining tramadol with other drugs can be extremely dangerous.

Interactions can result in the following:

Tramadol, has a depressant effect on the central nervous system, while stimulants like cocaine and amphetamines have an opposite, energising effect on the same systems in the body. This can cause unpredictable reactions and increase the risk of dangerous side effects.

There is a risk when combining tramadol and benzos, which comes from the intensification of the sedative effects of the drugs on the central nervous system, increasing the chances of an adverse reaction.

Although Tramadol can be a good way of controlling pain and anxiety if taken as prescribed it is also open to abuse. Any misuse of tramadol is considered drug abuse. This includes

Tramadol is often abused in combination with alcohol. A prescribed dose of Tramadol is designed to have the right effect on the central nervous system to deal with pain. It is not designed to be used with a further CND depressant like large amounts of alcohol. Due to the severity of the effects such as drowsiness and sedation, it can be abused as the impact of the drug is no longer enough. Although some people think that Tramadol is not addictive this is not the case and it is easy to become addicted to and abuse this drug. This is especially likely if you have struggled with addiction or alcoholism in the past.

Tramadol is a Controlled Drug in the UK

Tramadol has a unique dual-action pharmacological profile; as well as being an effective painkiller, it also increases serotonin in the brain. This increases the risk of adverse side effects, life-threatening symptoms, and overdose when abused.

Due to concerns raised by the ADMC over the number of increasing deaths due to tramadol in the UK, the UK home office reclassified the drug as a controlled class C substance under the Misuse of Drugs Act 1971. The reclassification took effect on the 10th of June 2014.

Tramadol hydrochloride is listed in Schedule III of the Misuse of Drugs Regulations 2001. The hope was that these controls would prevent diversion and misuse of the medication.

The Price of Tramadol Abuse

Tramadol has many possible side effects, which are increased when the medication is misused or abused. The reclassification of this potent opioid painkiller has assisted in reducing the number of deaths in the UK. Having said this, deaths related to this drug are still worryingly high.

Tramadol deaths in England and Wales hit a peak in 2014, with a shocking 240 individuals dying from tramadol poisoning. It was at this point the drug was made a controlled Class C substance.

As you can see from death rates recorded by the Office of National Statistics, deaths have only marginally dropped. This suggests that the drug is still widely abused and misused. 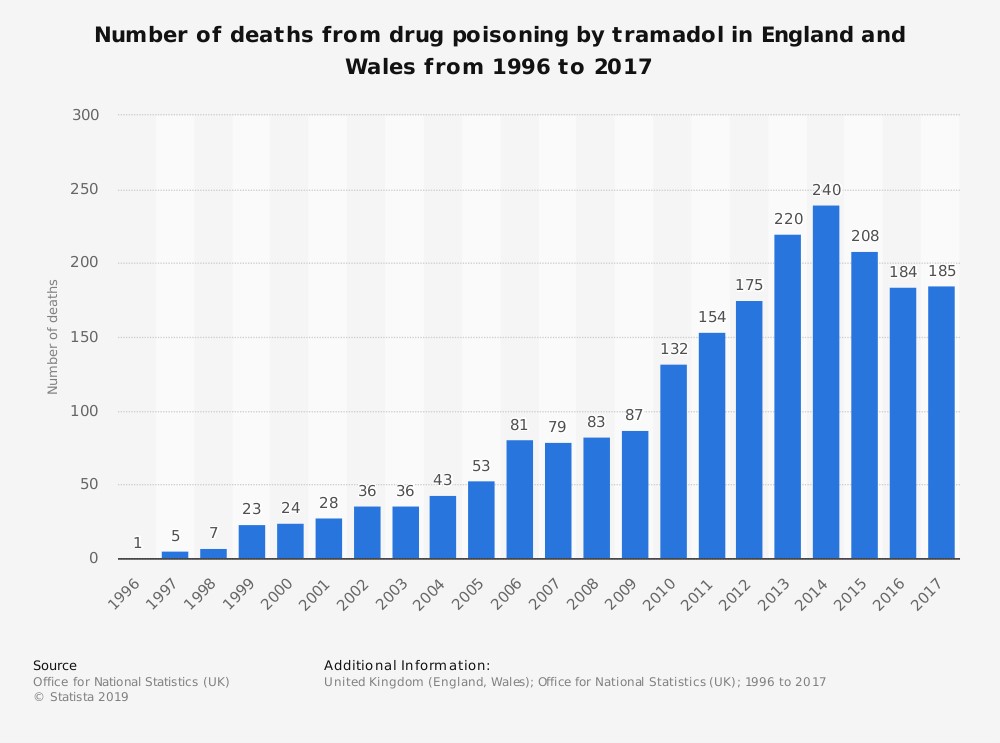 Source: ONS/Tramadol deaths in England and Wales are still a huge cause for concern

Both tramadol and codeine are prescribed for moderate pain. Out of the two, tramadol is considered the more potent drug. These two drugs should NOT be taken together.

Whilst tramadol is more potent, codeine tends to be better tolerated by patients in general. Both tramadol and codeine are considered mild analgesics in comparison to other opiates and opioids.

Developing a dependence on tramadol will result in withdrawal symptoms if you try to reduce or stop this medication.

It is vital that if you do have a  dependence you do not stop taking the medication suddenly. This could potentially cause life-threatening withdrawal symptoms to develop.

Very few that are tramadol dependent can complete detox or tapering off regime without support. The vast majority relapse even if dependence has inadvertently occurred through following a prescription.

Medical experts recommend tapering off tramadol over a period of time or undergoing a full medical detox. However, an individual who decides to quit tramadol should always be overseen by a doctor or detox clinic staff.

How long does Tramadol stay in your system?

Tramadol is available in short-acting and long-acting formulas. Extended-release tramadol will stay in your system longer than short release.

Tramadol has a half-life of 6 hours. It can take approximately a day and a half for tramadol to leave your system completely, even then it can remain detectable by test for longer.

Tramadol can be detected in the urine, hair, saliva, and blood:

The amount of time it takes for tramadol to exit your body can depend on multiple factors. If you are taking large quantities of tramadol, it will take your body longer to metabolise the drug

Tramadol has a substantial risk for addiction and drug dependence when abused or taken for a prolonged period of time.

Stopping can prove very challenging as withdrawal symptoms tend to be more complex than an opiate-based drug.

If you or a loved one are abusing tramadol or have developed a  dependence or addiction, we urge you to seek addiction help.

Tramadol detox should always be supervised by a medical professional.

Detox Plus UK can facilitate a medical tramadol detox within one of our UK CQC registered detox centres. There, you will be cared for by a team of addiction counsellors and medical professionals.

Tramadol abuse and addiction can and does kill. It is vital to seek the correct treatment in order to recover.

Call us today for immediate help and advice on coming off tramadol and overcoming addiction.

Advisory Council on the Misuse of Drugs (ACMD)

What Does Addiction Recovery Look Like After One Year?

Find a Centre Nearest You