Do Benzodiazepines help with opiate withdrawal? | Detox Plus UK 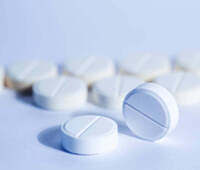 Do Benzodiazepines help with opiate withdrawal?

Sometimes opiates and benzodiazepines are prescribed at the same time. It’s good to understand that there isn’t anything inherently wrong with either of these drug classes, except when a dependency starts to build.

Both opiates and benzos are incredibly difficult to get off. Further, they’re dangerous enough to cause an epidemic. Millions of individuals have overdosed on both opiates and benzodiazepines, many of them suffering from addiction to both at the same time.

Many opioid users will turn to benzos to deal with some of the side effects of opiate use and opiate withdrawal. Others self-medicate with benzos to calm their anxiety, mute some of the intense emotions they’re having, and turn down some of the more visceral pains that come when they’re in the first stages of kicking their opiate habit.

Some serious problems come from this, though.

While it may seem harmless to use benzos when you’re recovering from a different drug, it’s important to understand the risks you are taking. First, note that the unprescribed use of benzos will often lead to dependency.

In that instance, you’re swapping one drug for another. Further, the use of opiates and benzos at the same time is hazardous. Both drugs suppress your central nervous system in great measure.

Doing both ramps up the chance that your system will shut down and you will overdose. Many people have died from this.

If you happen to relapse on opioids and still have a benzo dependency, you’ll notice that benzos extend the effects of opioids. Using them in combination is something that people do to try and get the most out of their high.

You might even get dependant on the combination of both of the drugs when you’re at this point; the challenge of getting clean gets even harder. You’re faced with two unique sets of withdrawal symptoms, and relapsing on both drugs at the same time puts your body in great danger.

So, if you’re faced with the choice to treat opioid withdrawals with the help of benzos, it’s best to consider other options.

Hopefully, the information above will help you approach benzodiazepines with a little more caution. Some make them out to be harmless, but that couldn’t be further from the truth.

We’re here to help you sift through other drug problems as well. Please explore our site for more insight into drugs, addiction, treatment, and more.