One of the reasons many individuals become addicted to cocaine is that they believe that it is not a harmful drug. Being not fully aware of the short-term effects of taking the drug can partly lead to cocaine addiction.

For instance, the substance creates a fleeting, intense high, which instantly leads to a comedown, the classic drawback of addiction. It can bring on negative moods, edginess, anxiety, insomnia and loss of appetite. They may also invariably feel cravings for more of the drug, resulting in addiction.

Users must also be aware of the long-term symptoms of taking the drug. It can affect a person’s sleep pattern and cause them to lose weight by not eating, leading to malnutrition.

Those living with cocaine addiction can suffer from various psychiatric problems;

Addicts may experience tactile and auditory hallucinations, culminating in severe depression. When this occurs, ongoing psychiatric treatment may be needed.

Users may also display the physical signs of cocaine addiction.

What is Cocaine Addiction?

The initial appeal typically lies in how the substance works in the brain and body and the unique effects that set it apart from other substances. Cocaine increases brain and nervous system activity. As it does, the brain floods with natural ‘feel-good’ chemicals at unusually high levels, producing an intense sense of pleasure and reward, high energy and motivation, and a sense of confidence and mastery. You will be particularly vulnerable to addiction or the use of other similar stimulants.

How Is Cocaine Used?

For those in the throes of cocaine addiction, it comes in many forms. It can be smoked, snorted or taken intravenously in a solution. Crack cocaine is a free base; the smokable version is often referred to as crack. It is created by what is called “cooking” cocaine in baking soda and water, forming crystals or tiny rocks.

Cocaine addicts smoke through a so-called crack pipe; usually, a bong or an improvised item like a ripped open cola can.

Official figures in the UK reveal that cocaine deaths have reached their highest numbers since records began. Last year reportedly, cocaine abuse levels in the UK saw drug poisoning deaths reach record figures. It had seen cocaine fatalities in parts of the country rise by 16%, considered the highest since 1993. Records state most deaths occurred in young people, particularly men between the ages of 30 and 49.

Many attribute the rise in mortality rates to a heightened purity of the drug, making it far more dangerous. The Office for National Statistics state that there were 432 deaths related to the Class A drug in 2017.

There was a time when some thought only the rich or famous could fall prey to cocaine addiction. However, thousands of people across the UK may partake on the weekend or a night out. They may misguidedly believe alcohol and cocaine go together to make for an enjoyable evening. But alcohol and coke can be a dangerous combination. 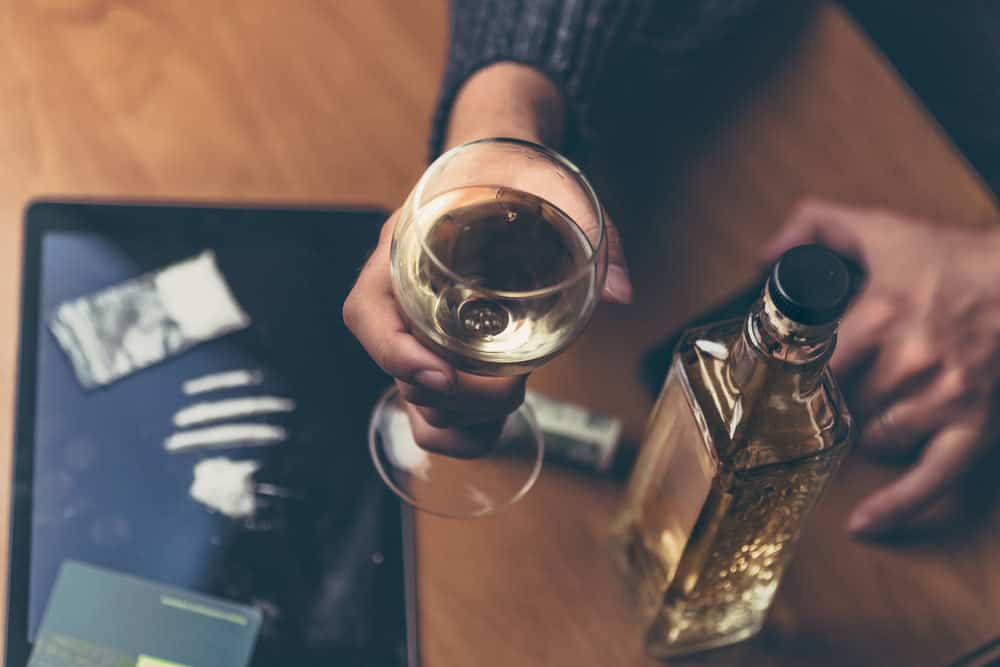 Statistics show you have twenty times more chance of sudden death if you take cocaine and alcohol together rather than use coke on its own. One of the most serious problems with mixing alcohol and cocaine occurs when the two metabolise through the liver. The organ produces cocaethylene, which can build up in the body and put stress on major organ systems, particularly the cardiovascular system and the liver itself.

Cocaethylene temporarily enhances the high associated with both cocaine and alcohol, but this euphoria also increases blood pressure, aggressive and violent thoughts, and poor judgment. It will build up to toxic levels in the liver. An increase in cocaethylene can also be linked to sudden death.

How do You Know if Someone is Using cocaine?

You can help someone you know to get the help they need by recognising the signs of cocaine addiction. This will allow you to make a better assessment. There are many signs associated with cocaine addiction that can be observed in a person’s appearance and general behaviour. It’s important also to consider the long-term behavioural symptoms of addiction.

Cocaine typically causes the person using it to be very talkative, energetic and confident. It also creates a sense of improved well-being, leading them to be social, excitable and even more sexual. A person on cocaine may seem “pumped up” for no reason at all. They may also have a diminished appetite, dilated pupils and disrupted sleep in many instances.

Behavioural signs of cocaine addiction include paranoia, excessive aggression, lack of judgement, delusional thoughts and hallucinations. One of the main tell-tale signs of addiction is the presence of small, trace amounts of white powder appearing around their nose. Sometimes a person on the drug will also get a runny nose. If someone uses cocaine for an extended period, they may get nosebleeds frequently.

What are the Dangers of Cocaine Addiction?

There are risks in even administering the drug. Some choose to snort powder cocaine, often called nasal insufflation. The drug, in powdered form, is regularly cut into lines and can be sniffed through a straw, a rolled-up banknote or a scrap of paper.

However, for those either experimenting with cocaine or have an addiction, snorting can be hazardous. It can cause bleeding and widespread damage to the tissue around the nose and nostrils. The effects of snorting the drug can begin rapidly but may only last for up to half an hour. They can lead to physical conditions such as sinusitis, hoarseness, loss of sense of smell, and swallowing problems.

Injecting the drug, otherwise known as “shooting”, is considered the most dangerous method of administering the drug. Converting it into a solution creates the greatest levels in the bloodstream in the shortest amount of time. Injecting can result in numerous health problems, such as vein collapse or vasoconstriction, or the narrowing of the blood vessels. It can bring on ringing in the ears, audio distortion, and tinnitus commonly called a bell ringer. Those battling cocaine addiction also face a danger of blood-based infections and a high risk of overdose.

Cocaine’s Effect On The Brain 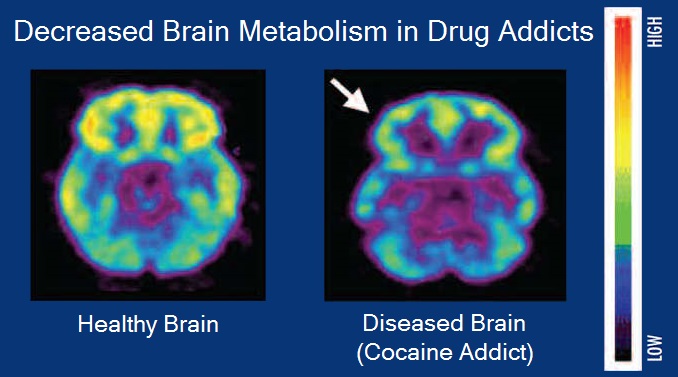 Cocaine is the second most addictive drug in the world. It can lead to addiction because of the effect it has on the brain and its reward pathway. It is the site of the chemical called dopamine. Neurons in the brain communicate by releasing dopamine when they feel pleasure. Dopamine then recycles back into the neuron. However, cocaine stops the dopamine from being recycled, and it begins to build up. Taking the drug causes huge levels of the chemical to be released, which makes a person euphoric. If the process is repeated too often, it can alter the brain’s reward system, leading to cocaine addiction. A new scientific study suggests that the drug’s effects go beyond the dopamine system and that cocaine use significantly impacts brain metabolism.

As the abuse of cocaine increases, the detrimental effects on your body inevitably becomes apparent. Your home and work life may also suffer. The sooner you recognise the symptoms and their outcomes, the better. The cycle of addiction can take your life downwards into the vortex of full-blown cocaine addiction, resulting in what health care professionals refer to as a ‘cocaine use disorder’—leading to complex mental health problems of paranoia, dissociation, anxiety and panic attacks.

Are you living under the shadow of cocaine addiction and require assistance? Detox Plus UK is on the cutting edge of rehabilitation treatment, helping you find rehab treatment, turn away from addiction, and start a new life.

We at Detox Plus UK offer a wide selection of rehabilitation programmes throughout the UK and are here to support and help you overcome your cocaine addiction. Our treatment programmes provide fast, individualised substance abuse intervention. We cover treatment from detox to primary rehab treatment. When you first contact our trained staff, we will be working on getting you into treatment within the next 24 hours. Our treatment clinics are available to you almost immediately, and our professional staff at Detox Plus UK are here 24 hrs a day to help you.

What Can I Do To Help Someone Addicted to Cocaine?

Where does cocaine come from?

How Long Does Cocaine Stay in Your System?

What Happens if you Take Crack Cocaine When Pregnant