Bupropion was licensed in the UK in 2000 for smoking cessation in people aged 18 years and over.

It has been marketed under the trade name Zyban.

Trials have shown that Zyban effectively reduces nicotine withdrawal symptoms and nicotine cravings, increasing the chances of a person’s success in quitting smoking. 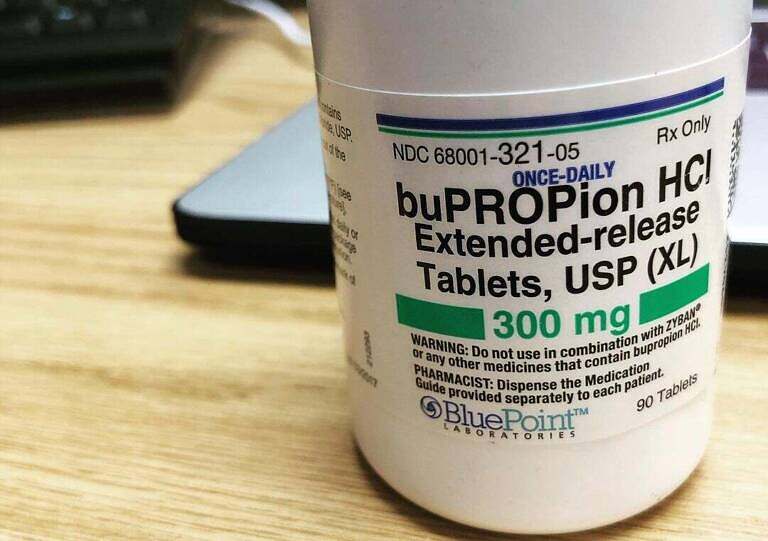 Bupropion is an antidepressant that was approved by the U.S. Food and Drug Administration (FDA) in 1989 to treat major depressive disorders and also has several off-label uses and has since been approved to treat other conditions.

In 1997, it was approved by the FDA to treat smoking addiction and released under the brand name Zyban.

It has proven to be an effective antidepressant for many depressive conditions, including bipolar disorder. It has also been shown to treat anxiety-related disorders, such as generalised anxiety disorder and PTSD.

To treat mental health illnesses, it is most effective when combined with behavioural therapies and counselling.

Bupropion is sold under various brand names, including:

It can be used for the treatment of SAD (seasonal affective disorder), MDD (major depressive disorder), as a smoking cessation medication, ADHD (attention deficit hyperactivity disorder), and to treat neuropathic pain.

Bupropion is not an SSRI and has proven effective in treating depressive disorders that do not respond to SSRIs, including sertraline and Prozac.

It has also been effective in combating undesirable consequences that are commonly associated with SSRI medications, such as lethargy, drowsiness, weight gain and sexual dysfunction.

What Bupropion is used to treat

It has many uses for its dual action on inhibiting the reuptake of dopamine and norepinephrine. It has both licensed indications and off-label indications. 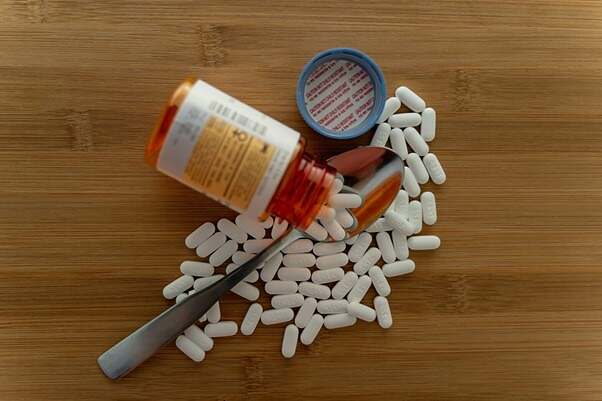 It can be used to treat:

One of the main benefits of SSRI’s is that it does not cause sexual dysfunction (a side effect commonly associated with SSRI antidepressants). It has been known to increase sexual libido as one of its more desired effects. Another side effect of many SSRIs is weight gain; bupropion is more commonly associated with weight loss rather than weight gain.

It has also been shown to be more effective in treating anxiety disorders and major depressive disorders than SSRI antidepressants and has more off-label uses.

Although combining with an SSRI or SNRI is not an approved indication, research suggests that combining the two can help overcome outcomes associated with SSRI and SNRIs and help boost the efficiency of antidepressant effects.

How does Bupropion work?

In clinical trials, it has been shown to have a dual inhibition function and works by inhibiting the reuptake of dopamine and norepinephrine in the brain.

It has also been found to activate the brain’s dopaminergic system. However, unlike SSRIs, which primarily work by inhibiting the uptake of serotonin, it does not affect serotonin and works on different neurotransmitters.

Dopamine is an organic brain chemical associated with the brain’s reward system. Dopamine serves as a motivator and in helping a person to feel satisfied, happy and content. When excessive amounts of dopamine are artificially induced (through substance misuse), the person is rewarded with a euphoric high.

Side effects of Wellbutrin 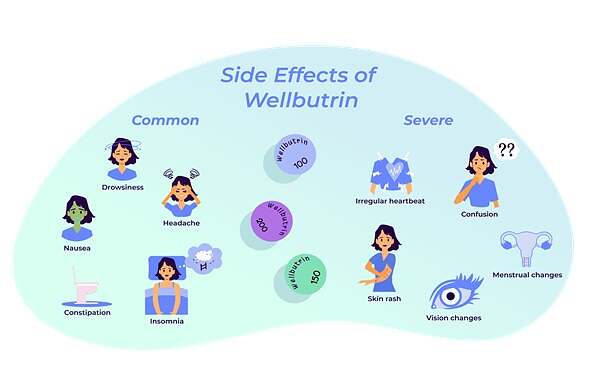 Common side effects include:

Some of the more troubling treatment effects tend to resolve within the first few weeks of treatment as the body and brain adjust to the medication.

Q & A on Bupropion / Wellbutrin Facts

What are the pros and cons of taking bupropion?

It offers many benefits in treating major depressive disorders, but it may have a detrimental effect on your sleep, cause stomach pain and lead to unwanted weight loss. It can also increase your chances of suffering from a seizure if you drink alcohol or take drugs or have ever suffered from a seizure-related disorder. 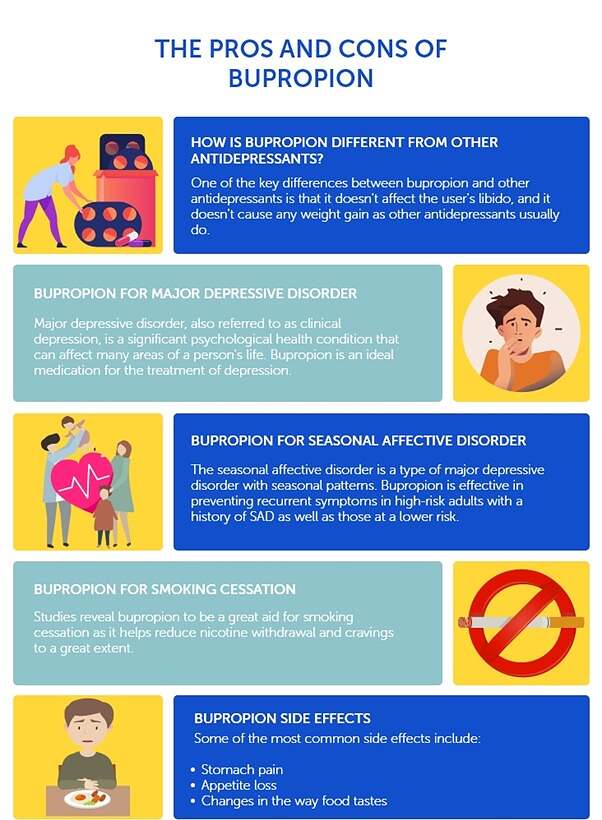 Is it safe to drink alcohol whilst taking bupropion?

Generally, it is advised to avoid alcohol, or at the very least avoid drinking large quantities, especially for those who have been prescribed a high dose of the drug.

Taking whilst alcohol dependent or having an alcohol use disorder increases your chances of suffering alcohol-related seizures during and on reducing or stopping alcohol.

Who should not take bupropion?

It is not suitable for everyone and can increase the risk of seizures and co-occurring illnesses in those with certain underlying conditions.

You should not take if you:

How quickly does Zyban work as a smoking cessation aid?

People prescribed Zyban as a stop smoking medication; they are not required to quit tobacco until the drug starts to reduce the desire for nicotine. In most cases, this happens a few weeks after continuously taking on a daily basis.

Is it safe to take whilst taking other antidepressants?

Bupropion is sometimes prescribed in addition to SSRIs or SNRIs as a top-up treatment or for smoking cessation. However, there is an increased risk of developing serotonin syndrome at higher doses or if an individual overdoses on either medication. Generally, it can work well with certain other antidepressant medications, providing each patient is comprehensively assessed on an individual basis.

How to Treat Addiction & Abuse with Bupropion

Aside from effectively treating depressive disorders, smoking addiction and initially being hailed a “wonder drug”, bupropion has some sought after-effects which can make it an attractive choice for drug abuse.

Some studies have shown that it could ease the withdrawal symptoms and cravings associated with Class A stimulant drugs such as methamphetamine and cocaine. It has also proved effective in the treatment of smoking addiction and is licensed for this use.

In treating any drug addiction, indications are that it is not a cure or a permanent solution. Instead, it can reduce cravings and withdrawal symptoms for some drugs.

Any pharmaceutical treatment used to treat a drug abuse problem or drug addiction should be accompanied by person-centred therapy or counselling to address the underlying causes. Therapy also provides the person with the needed tools and skills to effectively manage their condition.

Does it cause psychosis?

Bupropion is often marketed as a treatment for those with major depressive disorders such as bipolar disorder. In those that have previously suffered a psychotic episode, the chances of this returning are increased with treatment.

For those prescribed Zyban to stop smoking, your doctor should discuss it if you have ever experienced psychosis. This being the case, it may be that Zyban is not suitable for you. At the very least, close monitoring will be required for the duration of treatment. Zyban is only licensed for use in adults ages 18 and over.

Can bupropion help me lose weight?

Whilst it is not designed or marketed as a weight loss aid, this comes as a welcome side effect for some people. Some studies have shown that another side effect is weight gain. Whilst weight loss is more common in those undergoing treatment, there is no telling how the medication will affect a person’s weight and appetite – it could go either way. It should never be used as a substitute for a healthy diet and lifestyle.

It is not a typically addictive drug, but it does have the potential for abuse. Effects are not immediate and take time to build up, much like many other antidepressant medications. However, this does mean it cannot be abused and subsequently lead to addiction.

Like any antidepressant medication taken over a treatment course, it will cause most people mild to moderate withdrawal symptoms. These symptoms are generally no worse than quitting an SSRI meditation.

In a person that has become addicted to abusing this medication, withdrawal symptoms will be heightened.

Signs and symptoms of abuse

Spotting the signs of abuse in a family member or loved one is not something to be ignored.  Bupropion SR tablets are typically crushed and sniffed by those that abuse the drug. Snorting bypasses the slow-release mechanism and can induce a euphoric high. Other methods of abuse include dissolving the tablets in water and injecting the solution.

Bupropion was designed to be swallowed in tablet form. When it is diverted from the intended administration route, it becomes a very toxic and dangerous substance.

Another common form of abuse is mixing with alcohol, prescription medications or another drug. Ideally, patients taking it should avoid drinking alcohol or taking drugs as this increases the chances of unwanted side effects and risks. 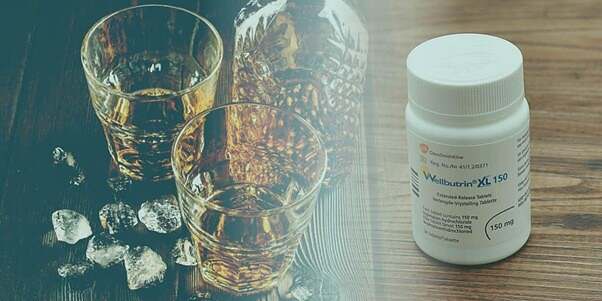 Signs of Wellbutrin abuse include:

Untreated abuse and addiction can lead to lasting changes in the brain and a person’s mental health. Abuse and dependence can ultimately end in death.

If you feel out of your depth speaking to a person you suspect is abusing drugs, please encourage them to call us at Detox Plus UK. We understand as we have been there and overcome. We offer a very caring and compassionate approach and are experts in treating all kinds of drug abuse and drug addiction. For a free and confidential assessment and free treatment advice, call our friendly experts today.