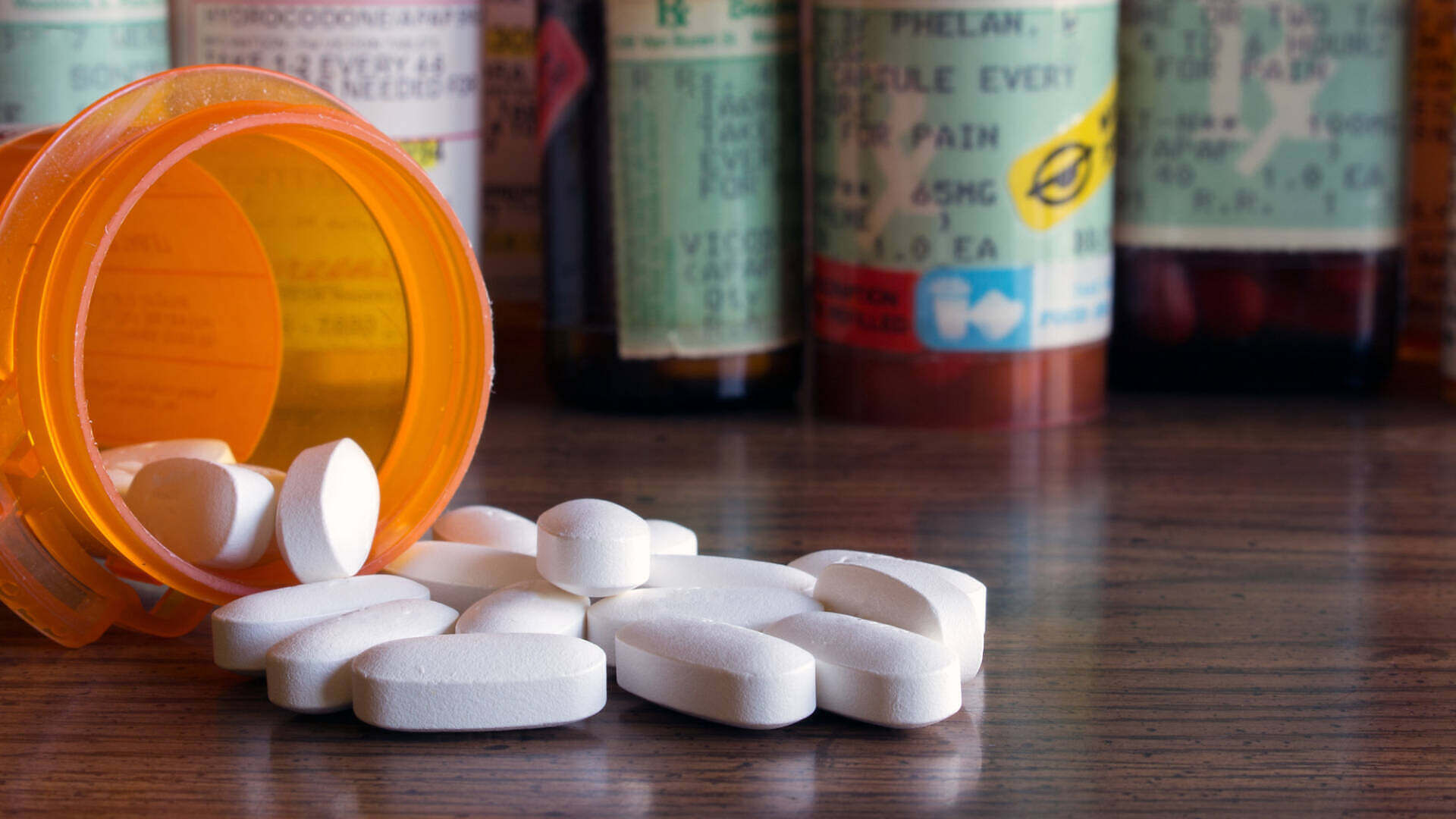 In Europe, the only non-medical use of prescription drugs that are deemed an issue is opioid substitution drugs. Percocet is a combination drug that includes an opioid. Even when medically prescribed, Percocet can cause issues for their users.

“What is Percocet” is one of the biggest questions surrounding this drug.

Percocet is made up of oxycodone and acetaminophen. Oxycodone is an opiate pain reliever while acetaminophen is not. Percocet gets used as pain medicine or analgesic medicine.

Acetaminophen is a less potent pain reliever that increases the effects of oxycodone.

There are different forms of the Percocet pill. For one, they have different sizes made up of different dosages of oxycodone. Each tablet will have the same amount of acetaminophen, 325 milligrams.

Depending on the dosage, the colour of the pill will be different. Pills with be either yellow, peach, pink, or blue.

There is a liquid form of this painkiller, however, the Percocet dosage must be exact to avoid an overdose.

The only brand name for Percocet is Percocet. Some get it confused with the brand names for oxycodone which as Percodan, OxyContin, Tylox, Endocet, and Roxicodone.

The street names you may hear for Percocet include Paulas, percs, blue dynamite, and Roxi. In contrast, oxycodone has its own street names. You may hear oxycodone get referred to as oxycet, oxycotton, O.C., OCS, oxy, hillbilly heroin, or a poor man’s heroin.

As stated before, Percocet is an analgesic medication, otherwise known as pain relievers. These medications work to bind brain cells together to tell the brain that there isn’t any pain. Percocet activates the brain’s reward centre and you can become addicted to the way the drug makes you feel.

The effect of Percocet may diminish over time. This is why most prescribe it when pain begins.

Patients that cannot take non-opiate drugs or were unaffected by them are prescribed Percocet. Those taking Percocet are at risk of feeling withdrawal symptoms when the medication is no longer necessary. Because of this, doctors attempt to wean patients off of it slowly.

Is It Legal in the UK?

Percocet in the UK is legal to some degree. Percocet is a prescription-only medicine in the United Kingdom.

A medical professional must sign this prescription in ink before it can get supplied or sold to a patient. A medical practitioner also must include important information such as the date and address.

Percocet effects are very addictive which is why this medication is only prescribed by professionals. Percocet affects how a user feels because of the direct effect it has on the brain. Many become addicted to the way they feel when they are using this drug.

Those who become addicted may experience substance dependence or have major withdrawal symptoms when they no longer take the drug.

Naturally, the body can make opioids that attach themselves to brain receptors. This is how feelings are controlled.

By taking a Percocet, you are tricking the brain into believing the Percocet is a natural opioid. This action releases dopamine into the brain causing a euphoric feeling. Users will take more of the drug to feel this same sensation and become dependant on it.

Most Percocet abuse occurs because of recreational substance abuse. This means the drug was obtained illegally. However, the medicinal use of Percocet may lead to substance abuse as well.

When a user ingests more Percocet than prescribed and get cut off, they are likely to suffer from withdrawal.

Along with addiction, Percocet can lead to other dangerous side effects, especially when combined with other drugs. When taking any acetaminophen, it is easy to have a lethal overdose. Combining drugs can lead to worse withdrawal symptoms and even shortness of breath/difficulty breathing.

Users of Percocet who are suffering from addiction are more likely to have symptoms of mental health disorders. The biggest risk is becoming addicted to another substance.

As the Percocet effects go away, some may look to other substances for the same euphoric feeling. Along with having more substance addictions, other risks are disorders like anxiety, depression, antisocial personality, alcoholism, bipolar disorder, and PTSD.

Some of the symptoms one may feel when they have a Percocet addiction are behavioural, cognitive, physical, and psychosocial symptoms.

A behavioural symptom affects the user’s actions towards themselves and others. The symptoms are almost always negative and can affect the overall health of a person. A lot of actions are to obtain more of the drug.

Some common behavioural symptoms a person with a Percocet addiction may show include continuing to abuse Percocet, being incapable of reducing Percocet use, and trying to obtain a prescription for Percocet illegally.

A user with an addiction may also try to borrow or steal money to try to get Percocet. Users will also spend less time in social settings.

Cognitive symptoms change a person’s mental ability. The damages that these effects could result in include losing money, jobs, family, and friends. A person with cognitive symptoms may have memory problems and poor concentration.

A physical symptom changes the body and health of the user. These symptoms may cause bodily function troubles like affecting a person’s ability to get around. Other common physical symptoms a person with a Percocet addiction may encounter include.

Withdrawal symptoms are also common for those with a Percocet addiction who try to stop taking the drug. Withdrawals lead to a lot of physical symptoms.

Psychosocial symptoms may cause interactions to be unpleasant and unfamiliar. The most common symptoms include agitation, aggression, and mood swings.

Along with these symptoms, a Percocet addiction may lead to permanent damage and life problems. The continuous attempt to get Percocet can cause serious illnesses or death.

The symptoms of a Percocet overdose are similar to those of oxycodone and acetaminophen. Oxycodone overdoses can lead to weakness in the muscles, trouble breathing, nausea, different colouration in the skin, fainting, and seizures. A Percocet overdose may also lead to a person being in a coma.

An acetaminophen overdose has symptoms of diarrhoea, constipation, appetite loss, pain in the stomach, irritability, and stomach swelling. A bigger overdose can lead to more serious symptoms like organ failure and death.

To remove all traces of Percocet in the body, a person must go through detoxification. A person going through this process will deal with withdrawal symptoms for five to seven days.

Symptoms like sweating and vomiting are actually good for the body as they help get rid of the Percocet traces. Unfortunately, these symptoms can also lead to dehydration.

Some medications such as buprenorphine or methadone may be prescribed for the detoxification process, however, this should always be completed in a medical facility because of the many risks involved.

Everything You Need to Know About Percocet Explained

Becoming addicted to Percocet is common because a lot of health professionals choose to prescribe it for pain. The amount of time it takes to become addicted to this drug depends on the person. Often, it may begin as a soft addiction that gradually gets worse.

It is essential not to obtain Percocet illegally as they can be dangerous. If you are prescribed Percocet, you should take them with caution and follow your medical practitioner’s advice to avoid addiction.

Now that you know the answer to what is Percocet, you can discover if you have a problem. If you are struggling with addiction, contact us today for help with detoxification.

The Shocking Rise in Valium Abuse

What Medications are Used During Detox?