How Long Does Cocaine Stay in Your System? - Detox Plus UK 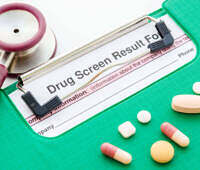 How Long Does Cocaine Stay in Your System?

Cocaine can stay in your system for longer than you might think. A cocaine high is relatively short; it will last around forty minutes at most.

However, just because the effects of cocaine are over, that doesn’t mean the drug is gone. By the time you stop feeling the effects, you most likely still have at least half of your dose in your system.

The illusory nature of the cocaine is the main reason why the drug is so addictive. The fleeting high combined with the unpleasant comedown makes you feel the need to redose very frequently.

As you redose, this increases the concentration of cocaine in your blood. This means it will take longer for the drug to leave your system, and the comedown will be even worse.

Generally, the faster you feel the effects from a cocaine high, the sooner it will make its way out of your body.

However, all forms of the drug can be detected by a cocaine drug test for at least one day.

Cocaine drug test and their detection periods vary. Saliva swabbing is becoming more popular as a method of drug testing because of how convenient it is.

These swabs get results quickly and are the least invasive form of drug testing.

However, saliva tests are more likely to catch someone who takes drugs on a daily basis  than anyone else. Why? Because cocaine leaves your saliva before it leaves your urine or blood.

A saliva swab test will show someone whether you have used cocaine within the past 24 hours.

Saliva swab tests are not the best option if you need to strictly monitor someone’s sobriety. A urine test or a blood test will both do a better job in that case.

Will Cocaine Show Up in a Blood Test?

Cocaine tests that use blood samples are the most accurate kind of test on the market. They can detect the largest amount of cocaine metabolites that might be in your system.

However, blood tests can only detect cocaine that has been in your system for about two days.

Blood tests are unlikely to be used because they are more invasive. Anyone can collect a saliva or urine sample, but only a trained phlebotomist can draw blood.

It may also take excess time to get the results of a blood test. You may need to outsource your analysis to a lab that will take a few days to get back to you.

How Long Is Crack Cocaine in Your Urine?

They are also accurate and easy to administer. While they are not quite as dead-on as blood tests, they can still detect small amounts of cocaine.

Urine is the last stage of cocaine elimination, which is why they are accurate for longer than most other tests.

The only drawback is that they can be unreliable.

Products that can tamper with test results are increasingly easy to buy online. A simple google search for “how to get cocaine out of your system in one day” will show you these products.

However, urine samples remain the most common way to test someone for cocaine use.

How Is Cocaine Metabolized?

To understand how long cocaine stays in your system, you must first understand the way your body processes the drug. The way you ingest cocaine affects the way you metabolize it.

When you use cocaine, it leaves something behind called a cocaine metabolite. Cocaine metabolites are trace amounts of the drug that are present when you take a drug test.

How long do cocaine metabolites stay in your system? That depends on several factors.

Generally, these metabolites remain even after most of the cocaine leaves it through your urine.

Cocaine has a short half-life; it takes about one hour for at least half of the cocaine in your bloodstream to be eliminated.

After cocaine is eliminated from your bloodstream, your liver processes it and it eventually the drug exits through your urine.

Combining cocaine with other intoxicants, such as alcohol, can change the rate at which you metabolize it. If you are drinking while using cocaine, the drug will typically take longer to leave your bloodstream.

Other factors such as dose, body mass, use frequency, and liver function can also affect how quickly you metabolizes cocaine.

Drug testing can be an essential part of monitoring someone’s cocaine addiction. Whether this testing is done at home or at an inpatient treatment centre, it will help you be sure that a recovering addict is staying clean.

Cocaine addiction can easily overpower the human will. For that reason, regular testing can sometimes help addicts stay motivated in recovery.

You have many options for how to test for cocaine. Regardless of which one you choose, the test will give an addict all the more reason to stay clean.

If you know an addict who seems to be exhibiting withdrawal symptoms, it may be a good idea to test them for cocaine. Sudden signs of withdrawal may mean that a cocaine addict has recently relapsed.

Withdrawal symptoms can begin as soon as two hours after the addict’s last high. If they are drug tested right away, any form of drug testing will be able to detect cocaine in their system.

If a recovering cocaine addict suddenly displays any of these symptoms or begins acting secretive, they should be drug tested for cocaine.

You now know all about the differences between a urine test, a blood test, and a swab drug test for coke. Whether you need this information for yourself or someone else, make sure you put it to good use.

If you or someone you know is struggling with a cocaine addiction, contact a treatment centre.

Cocaine recovery is never easy, but it helps to be well-armed with all the information and resources that you can get.