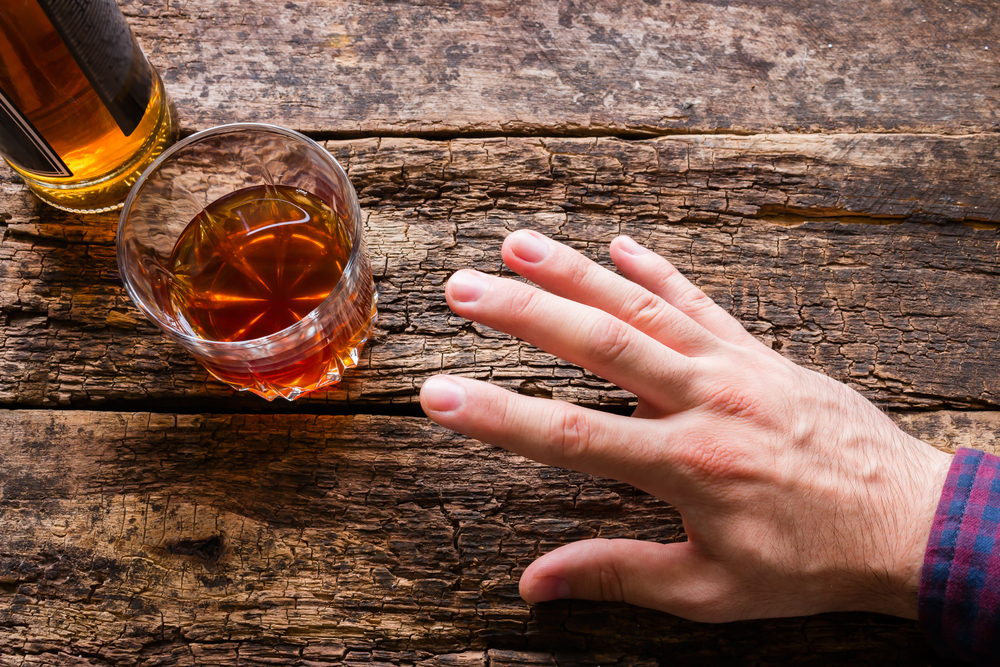 What Is Alcohol Withdrawal?

Millions of people across the UK show signs of alcoholism.  In 2017, over 7,500 people died from alcohol-related causes. There is no doubt alcohol addiction can destroy a person’s life, and it can be just as much upheaval when you decide to stop drinking and face the inevitable alcohol withdrawal symptoms.

If you have been imbibing for a long time and cease consuming alcohol, you may be susceptible to alcohol withdrawal syndrome, otherwise referred to as AWS. You will feel the effects if you are a heavy drinker and stop suddenly, leading to both physical and psychological symptoms. The extent of this may depend on the length and severity of your alcohol abuse and addiction and can have grave effects on your health and well-being.

The timeline of alcohol withdrawal and the symptoms that follow it can vary from person to person, but usually after a person’s last drink.

Five to ten hours: Tremblings or shaking, attributed to “the alcohol shakes,” can begin. Those typically peak in one to two days.

Six to eight hours: Secondary withdrawal sets in, continuing for one to two days for most, although some people may have these symptoms for some days. Symptoms include:

Twenty-four hours or less: Although limited, alcoholic hallucinations start, with symptoms lasting 24 hours to six days. In extremely limited circumstances, they may persist a month or more. These hallucinations can alter the way a person encounters certain situations, including:

Six to 48 hours: Seizures occur and typically reduce after day three. Aspects of withdrawal seizures include:

Two to four days: Withdrawal delirium or delirium tremens begins. This situation may also occur seven to 10 days after a person has their last alcoholic drink. Symptoms last up to two weeks and can involve common symptoms of alcohol withdrawal. In addition to delirium, or severe disorientation that comes suddenly, symptoms of DTs are:

Not every person will experience all of these symptoms or these stages of withdrawal. Some people may see symptoms improve after only a few days of withdrawal, whereas other people’s symptoms may get progressively worse to the point of DTs.

If you are going ahead with detox, you should appreciate the fact the symptoms of withdrawal can be unpleasant, even painful in some cases, but help is available. If you are undergoing treatment at a residential rehab centre, the staff may administer the appropriate medication to help you deal with the symptoms.

The time it takes to complete alcohol withdrawal may differ from person to person. In some cases, it may take a long time to recover, while others may overcome their withdrawal symptoms in a short while. 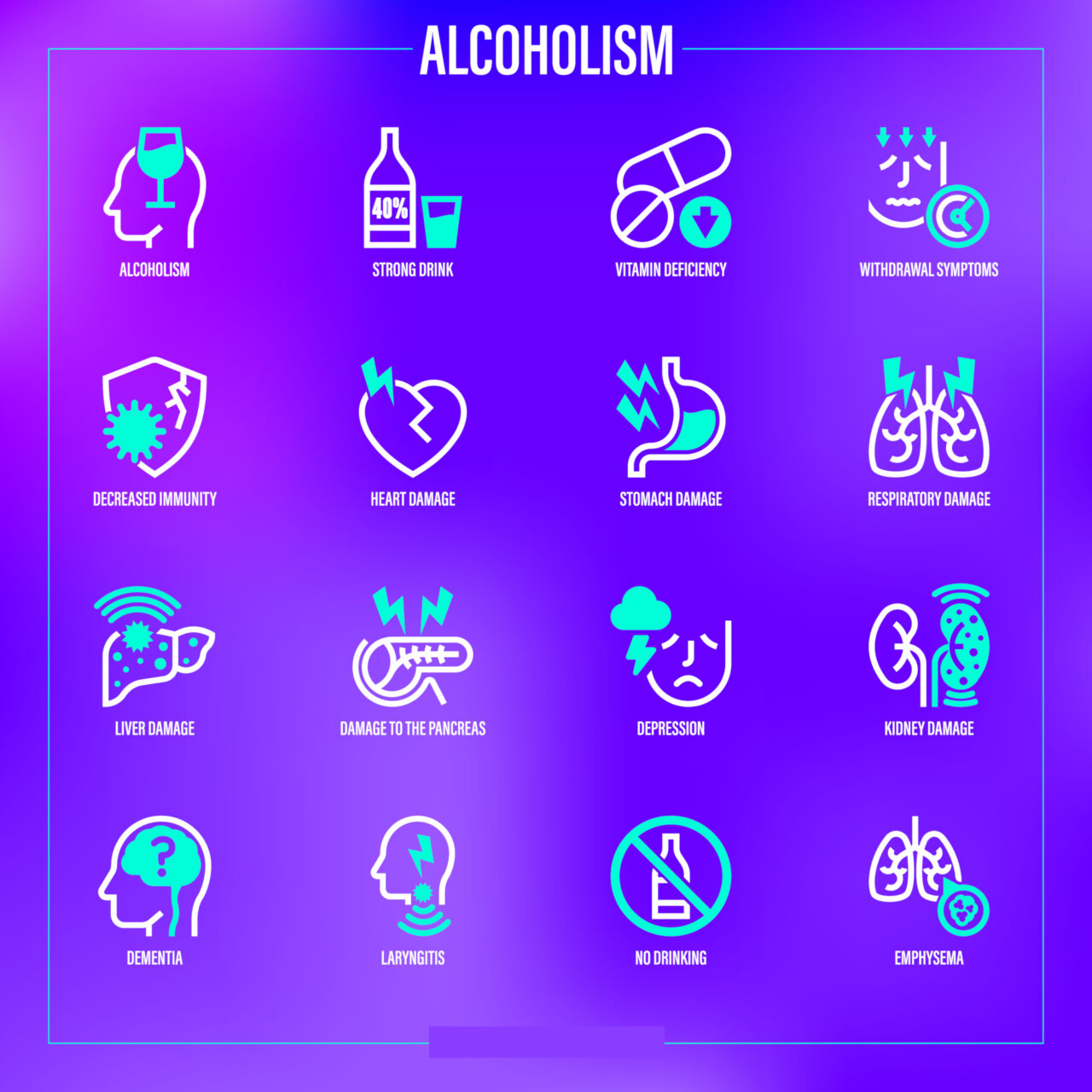 But what exactly brings on the signs of withdrawal from a medical point of view? It is an unavoidable outcome of stopping drinking alcohol, therefore depriving the body of an addictive substance, it has gotten used to. The very heart of the matter relates to how the brain reacts to alcohol. Alcohol is classified as a central nervous system depressant.

Experts agree it brings about the release of chemicals required to alleviate the alcohol. However, if you drink to excess over a matter of weeks or months, the brain grows accustomed to compensating for the alcohol, creating certain chemicals allowing the body to keep working as usual.

However, if your alcohol levels should fall, the brain will increase the number of chemicals it requires to make up for it, which invariably leads to withdrawal, which can be overcome through detox. If you have decided to proceed with a detox programme and stop drinking, then you will experience a wide variety of physical withdrawal symptoms. It is not uncommon to feel physically sick and have abdominal pains, nausea or sweating, especially after dark, when you can have night sweats.

Some believe you evacuate all the alcohol from your body through urine, but this only accounts for about 10%. You will remove most of your alcohol by breaking it down through your metabolism or sweat it out of your body.

There is another physical effect of alcohol which many people associate with stopping drinking, and that is hand or body tremors, usually referred to as `the shakes` You may succumb to this condition as drinking to excess can have an impact on your nerve cells.

If you stop drinking alcohol after a prolonged period and experience withdrawal, you could suffer from the condition called Delirium Tremens, widely abbreviated as the DTs, brought on by a change and shock to the nervous system.

If you are feeling the effects of delirium tremens, you may endure physical side effects such as seizures or convulsions, shock or dehydration, as well as a chance in some cases of cardiac arrest which could be potentially life-threatening if left unchecked. This only highlights the possible ramifications of the DTs during detox. 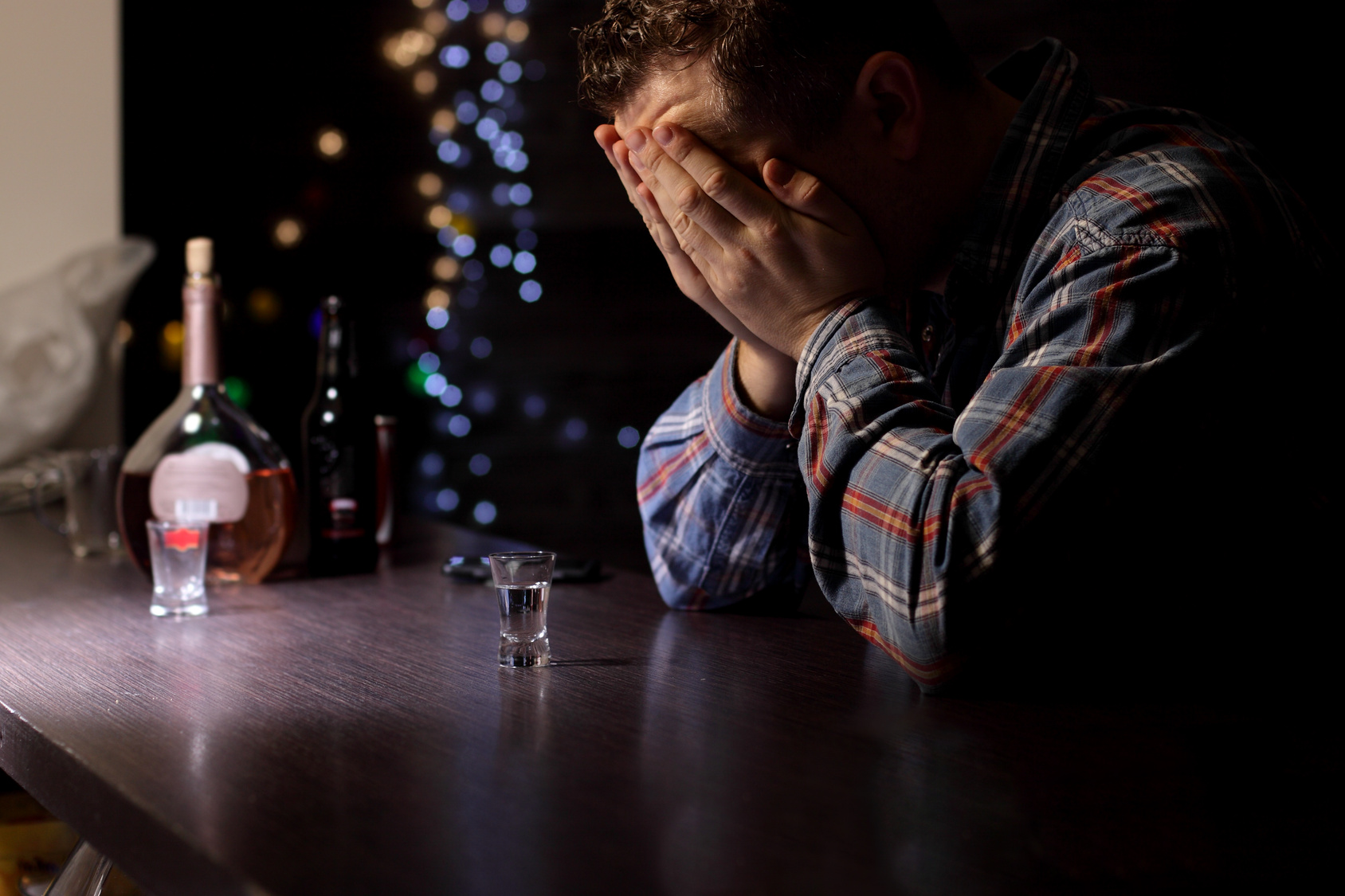 In some instances, while undergoing detox, you may suffer seizures or fits and experience visual hallucinations, which can be disconcerting, if not frightening. Drinking too much could also lead to more severe health issues such as heightened blood pressure and heart rate.

There is no question alcohol is widely regarded as a depressant, which decreases activity in the brain, and, over time, you can grow accustomed to a constant drop in stimulation as you drink a lot, regularly. However, after you stop, your brain will become over-stimulated, inundated with more activity and information than it is prepared for. This can leave your nervous system feeling overwhelmed, leading to signs of hyperactivity like tremors and shaking.

The shakes are often a physiologic tremor, which can dissipate when you have completed detox. However, although tremors are a common physical symptom of withdrawal, physiologic tremors can also result from a rise in intense emotions, where your trembling may increase if you are exhibiting anxiety about the detox process.

Seizures occasionally occur as a side effect of Delirium Tremens. However, seizures can happen outside the presence of the condition as well.

If you are going through alcohol withdrawal, you could also be becoming dependent on alcohol. You could display a broad spectrum of psychological, as well as physical, side effects, which can often be difficult. Anxiety, depression and irritability are among the most widespread mental side effects of detox. These are alongside suffering changes in mood and a loss of appetite. You may become agitated and quickly lose your temper, while some of the most common psychological symptoms of withdrawal are a feeling of restlessness and problems sleeping.

There are various explanations for why you may have insomnia while experiencing detox. Where in many instances, it may be attributable to a drop in serotonin in the brain bringing on depression, while people struggling with a mental disorder may already find it hard to get to sleep.

Is it safe to do it on my own, withdrawing from alcohol?

It absolutely is not. The above-mentioned symptoms are minor compared to what some heavy drinkers can develop. For instance, delirium tremens is a severe condition, and the symptoms are all of the above, but much worse.

You could possibly die if you decide to withdraw from alcohol suddenly. We advise you to find a rehabilitation clinic and do this under the supervision of health professionals.

How long will it take for me to withdraw from alcohol?

The timeline can differ per person. Many people could take a while before they feel normal again. Some people will only have symptoms for a few days. This varies per person, but the average heavy alcoholic will suffer from three stages of withdrawal.

How To Treat Alcohol Withdrawal

As you can see from the symptoms mentioned above, it can often be an upheaval to experience withdrawal. However, many people are prepared to endure those symptoms, to free themselves from the pain of alcohol addiction.  You should be aware it can be dangerous to your health to carry out detox at home on your own.

It is recommended you proceed with detox under the supervision of medical professionals, who will keep a close eye on you and help you deal with the symptoms of withdrawal. So, if you are ready to stop drinking alcohol and make a fresh start, then contact Detox Plus UK we can connect you with a local residential rehab centre in your area.

What Medications are Used During Detox?

What Causes Someone To Be An Alcoholic?