Where does cocaine come from? - Detox Plus UK 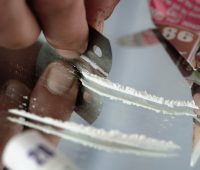 Where does cocaine come from?

Soon after its refinement in the 19th century, cocaine was prescribed for almost any illness. It effectively became a recreational drug, as much of its first medical use was more likely a matter of abuse or addiction.

For thousands of years, inhabitants of the Andes chewed or brewed coca leaves into a tea for refreshment and to relieve fatigue, similar to modern customs of chewing tobacco and drinking tea or coffee. The Indians considered the leaf to be sacred and essential to life.

During the time the Spaniards conquered the Inca Empire in the 16th century, they attempted to ban coca chewing. They relented when they discovered that Indians working in the silver mines would work harder if given their daily allotment of coca.

Chewing coca leaves are chewed fresh or dry. They are mixed with a small quantity of alkaline material such as ash, lime, or powdered seashells, and the whole wad is sucked on for a half-hour or so. Saliva, mixed with the alkaline powder, leaches the drugs from the leaves and is swallowed. Eventually, the leftover residue is spat out.

Scientists were interested in the stimulating potentials of the coca plant and wanted to discover more. In 1860, Albert Nieman, a chemist from Germany, isolated cocaine from coca leaves for the first time.

This development led Carl Koller, an Austrian ophthalmologist, to employ cocaine as an anaesthetic in surgery.

Then people realised the quick-acting advantages of snorting cocaine around 1905.

By 1910, doctors observed many cases of patients arriving at the hospital with nasal passage damage. Also in addition many people died of cocaine-related causes.

When its addictive potential was recognised, however, cocaine was made illegal. Now, only cocaine hydrochloride remains medically available for very restricted use.

Illicit cocaine is usually sold as a white powder or as an off-white chunky material named Crack. The powder, cocaine hydrochloride, is often diluted with a variety of substances.

Powder cocaine is generally snorted or dissolved in water and injected.