Alcohol Use Among the Elderly - Issues & Considerations | Detox Plus UK 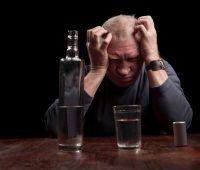 Alcohol Use Among the Elderly

Our senior years are often thought of as a time of rest and reconciliation. It is our golden years and a time where we earned our well-deserved retirement. This is very true for many of us. There is, however, another side of being a senior citizen that is being ignored by the rest of the world. It is considered a “silent epidemic” among an ageing population. This epidemic is the growth of alcohol addiction in the elderly.

Worldwide this is seen as a growing, and troubling phenomenon. The population is getting older, on average, as healthcare gets more advanced, and more options for treatment and life-extending technologies are available. Average life expectancy in the world now is 71.5, which is up by two years from just a few years ago. While it varies by nation, it is continually on the rise.

The problem with alcohol use and abuse among the elderly becomes an even greater issue in light of that. Current estimates are that between two and four per cent of people over the age of 65 have a diagnosable alcohol use disorder. Of those, between 10-15% of them did not even start drinking with any frequency until they reached that age group. While four per cent may seem like a small percentage, remember this fact, the fastest-growing age group currently is that of people aged 65 and older. This percentage is going to translate into a larger and larger number of senior citizens with a serious drinking problem, and needing help.

While alcohol abuse is not good for any age group, it is especially hard on the minds and bodies of the elderly. Drinking is often comorbid or comes in connection with other illnesses. That means that seniors are often drinking as a means to cope with physical, mental, or social problems. This could be as simple as loneliness and isolation, to depression, or serious long-term illnesses that happen in an ageing population.  Understanding this makes the connection between drinking clear, but it also exacerbates these issues. Alcohol only functions to change the mental state of the person, and it does not improve anything. That means that conditions such as diabetes, cardiovascular conditions, cancer, depression, and dementia will be ignored and worsened as a result.

Alcohol use not only exacerbates conditions, but it also causes damage in and of itself. It can result in serious and permanent damage to the brain and nervous system. The elderly are often most vulnerable to health concerns, with dementia and other cognitive concerns caused by alcohol abuse. Alcohol abuse also is known to lead to breathing difficulties and weaken an immune system. This can cause even worse problems as opportunistic infections, and other issues arise from this, like pneumonia. Not many start drinking with the thought that it will cause their death, but for the elderly, this is a very real concern.

What Is An Addiction?

It’s obvious that alcohol abuse is a problem, but let’s take a moment to define what alcohol addiction really is. For the elderly, it is often difficult to get a good diagnosis. Often alcohol addiction is not seen in seniors, because people don’t look for it. It is thought to be misdiagnosed or underdiagnosed in the elderly as a result. This could be a result of misconceptions about drinking in this age group, not wanting to think of the elderly as being addicted, or not understanding that addiction can strike that late in life.

Increased Sensitivity To Alcohol In The Elderly

The diagnostic criteria for alcohol addiction in the elderly are the same as any age group. There is a list of symptoms that revolve around the effect that drinking has on the mind, body and social structure of the individual. The more symptoms, the more serious the addiction is.

The symptoms possible include:

In older adults, too much alcohol can lead to balance problems and falls, which can result in hip or arm fractures and other injuries. Older people have thinner bones than younger people, so their bones break more easily. Studies show that the rate of hip fractures in older adults increases with alcohol use.

How The Elderly Can Get Help

Now, not everyone will experience the same set of symptoms. But, if you or someone you love show two or more of these symptoms, it is vital to reach out for help, especially if your loved one is age 65 and over.

While this is a very serious situation, there is help available to the elderly who want to recover from their alcohol addiction. The first thing is always reaching out for help. This is often the hardest part, but trained staff will make this as smooth and comfortable as possible. For the elderly, inpatient treatment is always recommended when alcohol addiction is the issue. Inpatient treatment is able to provide stability and monitoring for people with complicated cases, multiple health issues, or dual diagnosis with a mental health concern. They may not have as severe of a drinking problem as others, but their age puts them at risk for having serious complications, that require more intensive treatment. Talk to us today for free help and advice and how to find the inpatient treatment that is the best it can be for you or your loved one.

Alcohol use among the elderly is a rising concern that must be addressed by healthcare professionals. This requires more attention paid by professionals, friends, and family to drinking among our senior citizens, often thought of as a “silent epidemic.” This must stop. Drinking is a serious life-threatening issue that can be avoided by the elderly. You can help. If you or someone you love is showing signs of alcohol addiction, reach out for help now.

What Causes Someone To Be An Alcoholic?

How Long Does Alcohol Stay In Your Body?

You’ll Look back At This Moment. Make It A Good Choice.