What happens If You Drink Alcohol On Naproxen? Detox Plus UK -

Naproxen is a commonly prescribed anti-inflammatory drug, used to treat inflammation-related pain conditions that do not respond to other over the counter medications such as ibuprofen or paracetamol. 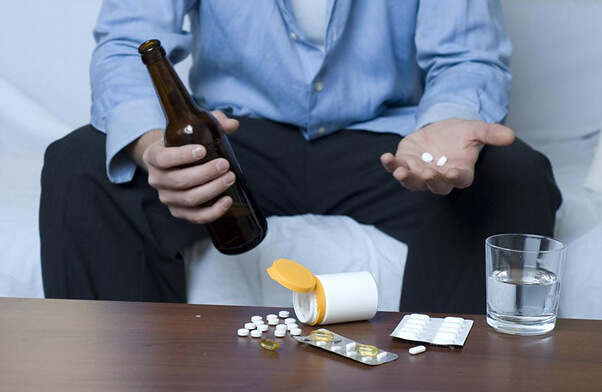 In addition to being prescribed at higher doses, naproxen can also be purchased from most pharmacies in the form of Feminax Ultra, a drug that is used for the relief of period pain.

Naproxen is favoured over opioid painkillers as it is non-addictive and has fewer side effects. However, this does not mean that Naproxen is side effect free, nor that it is suitable for everyone.

If you are taking naproxen it is wise to watch your alcohol intake, ideally avoiding alcohol altogether. The main reason being, that as a strong anti-inflammatory drug, naproxen can cause issues with your stomach which are more likely to occur or worsen if you drink alcohol.

Both alcohol and naproxen increase your risk of internal bleeding. Mixing naproxen and alcohol together will also very likely increase any side effects of naproxen you experience, and may even cause life-threatening damage when abused or used together for prolonged periods of time.

Here, Detox Plus looks at the common side effects of naproxen and how drinking alcohol can cause these to become problematic – even life-threatening. We also provide guidance on how much alcohol is safe to consume whilst taking naproxen, and what you should do if you need to take it but are struggling with an alcohol problem.

Brand names of Naproxen and medications containing naproxen include: 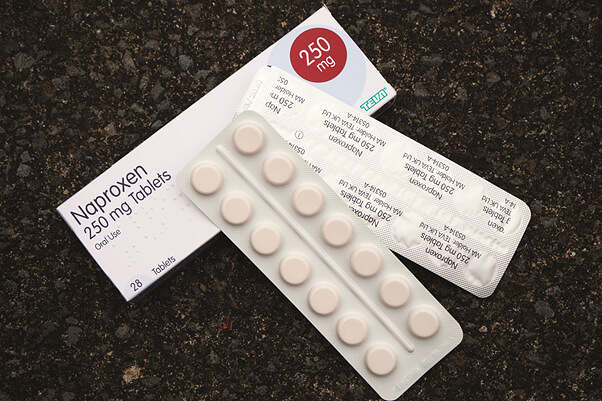 Naproxen works by reducing inflammation in muscles and joints and is used to treat a number of inflammatory-related pain conditions.

It can be used to treat: strains, back pain, osteoarthritis, toothache, headaches, ankylosing spondylitis, gout and rheumatoid arthritis.

Naproxen is usually prescribed by a doctor. This is due to it generally not being suitable for children. It can however be purchased over the counter at lower doses for the treatment of period pain.

The most common side effects associated with taking naproxen are nausea, tiredness and dizziness.

It can be safely used to treat chronic and long term pain conditions when prescribed in a gastro-resistant form and when taken exactly as prescribed.

Gastro-resistant naproxen helps to prevent damage to the stomach and intestines from long term use. Even then, medically it is advised to keep alcohol consumption to a minimum, ideally avoiding alcohol altogether.

Side-effects of naproxen and why you should avoid alcohol

Like most NSAIDs, naproxen can cause inflammation of the stomach’s lining. This can lead to stomach pain, bleeding, acid reflux and ulcers.

Likewise, excessive alcohol consumption is also known to cause inflammation of the stomach lining – a medical condition known as gastritis.

Those that regularly consume above the Chief Medical Officers safer drinking guidelines of no more than 14 units of alcohol a week, spread out evenly, will be more susceptible to developing gastritis.

Combining naproxen and alcohol will make you more prone to a number of high-risk conditions associated with the stomach and intestines. Developing gastritis, which often is accompanied by some very uncomfortable symptoms, is just one of the many ailments that can develop.

Gastritis typically includes symptoms of stomach pain, fullness, acid reflux and nausea. However, not everyone experiences symptoms. Just because you do not have any symptoms from drinking alcohol with naproxen, does not mean that combining the two is not causing you harm.

Left untreated, gastritis can lead to some serious health complications including ulceration and internal bleeding. 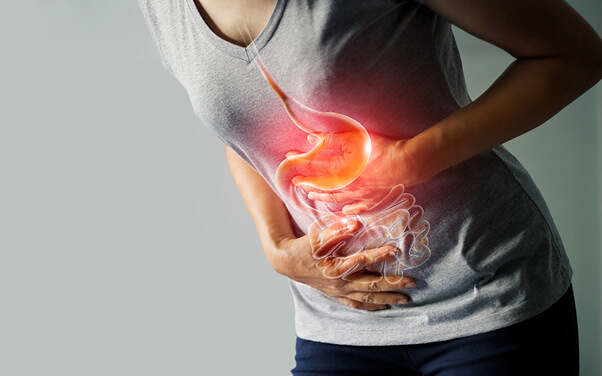 As explained, combining alcohol and naproxen together regularly greatly increases your chances of developing gastritis – inflammation of the stomach lining.

Gastritis can cause some other serious health complications.

The risks associated with gastritis include:

Gastritis is a condition that can easily be avoided by not combining alcohol with naproxen, and by reporting any stomach-related side effects of naproxen to your doctor.

If you have ever previously suffered from stomach ulcers, it may not be safe for you to take them.

Who should avoid naproxen

Naproxen, whilst generally a very safe drug, is not suitable for everyone. For this reason, you should always consult your doctor or pharmacist before taking the drug.

Naproxen is known to have serious interactions with certain medications. It is therefore important that your doctor and pharmacist are aware of any other medications or drugs you are taking, prescribed or not.

Naproxen is generally not suitable for those with the following health conditions:

If you suffer from any of the above conditions, please consult your doctor.

Mixing alcohol and naproxen together can have both short term immediate effects and long term, sometimes permanent or even fatal effects.

The effects include, but are not limited to:

The more alcohol you drink and the higher dose of naproxen/longer duration of treatment, the more at risk you are of developing any number of serious health complications.

To reduce the risk of developing the above, alcohol should be avoided whilst taking naproxen.

If you are alcohol dependent or suffer from an alcohol use disorder, please do not take naproxen

Help for an alcohol problem

If you are worried that you may be drinking too much or are unable to control your alcohol intake, professional help is at hand.

Free support for an alcohol problem can be accessed through your doctor or local drug and alcohol services. Alternatively, immediate tailored professional alcohol treatment is available by contacting us at Detox Plus.

We at Detox Plus specialise in professionally treating alcohol use disorders – privately, effectively and confidentially. Call us today for a free assessment of your alcohol treatment needs and immediate expert advice and support.

Can Alcohol Cause Skin Rashes?

What Is An Enabler In Alcoholism?

Timeline of What Happens When You Give Up Alcohol

What Do You Say To An Alcoholic In Denial?